WHAT HAVE THE IRISH EVER DONE FOR US? 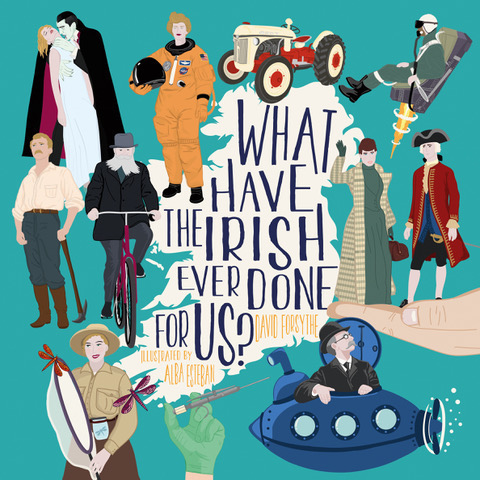 What have the Irish ever done for us?

As we celebrate Ireland and all things Irish this St Patrick’s Day there is no better time to also reflect on the Irish contribution to the wider world. In his new book, What have the Irish ever done for us?, author David Forsythe does exactly that. The book from Currach Books features wonderful illustrations by Alba Esteban and details the achievements and contributions of numerous Irish people all around the world. Here we get a sneak peek at a few of those included in the book.

It was a Belfast vet by the name of John Boyd Dunlop and a Dublin cycling enthusiast named William Harvey du Cros who came up with the innovation that would make the age of the motorcar possible. Dunlop created an early pneumatic tyre to make his son’s bone-shaking tricycle rides along the cobbled streets of Belfast more comfortable. The design was soon taken up by racing cyclists where Du Cross first spotted it. He took Dunlop’s idea global with the Dunlop Rubber Company.

As unlikely as it may seem the modern submarine is indeed an Irish invention, developed by the talented John P. Holland from Liscannor in County Clare. The US Navy purchased Holland’s design in 1900 where the USS Holland became the first commissioned submarine in history. Its success led to other navies also purchasing the designs including Japan and the United Kingdom where five ‘Holland Class’ submarines were commissioned.

Engineer James Martin from Crossgar in County Down made the first successful test of an aircraft ejector seat in January 1945 when Bernard Lynch successfully ejected. The Martin-Baker ejector seat went into production soon afterwards and to date has saved more than seven thousand lives around the world.

Inventive tattoo artist Samuel O’Reilly did much more than come up with artistic tattoo designs. It was O’Reilly who patented the first electric tattoo machine in New York in 1891. O’Reilly’s invention made tattooing much safer, much quicker and cheaper to do. Without him the modern popularity of tattooing would not have been possible.

Cork woman Cynthia Longfield became known as “Madame Dragonfly” thanks to her adventurous career as a globetrotting entomologist. She collected specimens all around the world discovering several new species and became a leading authority on Dragonflies. She became an honorary associate of the Natural History Museum in London where much of her work is catalogued.

Ninette de Valois was the stage name of Edris Stannus from Blessington, County Wicklow. When injury cut her career as a ballet dancer short she formed her own ballet company performing in Dublin and London. The company she formed at the Sadler’s Wells theatre in London would go on to become the England’s national ballet company, the Royal Ballet.

An image created by Irish artist Jim Fitzpatrick in 1968 is among the most recognised by any artist from any era. The black-on-red image of Che’s face has since become one of the most recognised images in the world, a symbol of protest and rebellion, and now appears on everything from mugs to posters and t-shirts.

Dublin-born writer Bram Stoker will forever be remembered for writing Dracula, first published in 1897. It was immediately successful and has continued to grow in popularity ever since its publication. Dracula has become the most successful horror novel in history and one of the most adapted and influential works of any genre.

Irish American Elizabeth Cochran Seaman, better known by her pen name of Nellie Bly, was a pioneering investigative reporter. She became world-famous in 1889 when she successfully embarked on a round-the-world trip with the aim of beating the fictitious Around the World in Eighty Days achieved by Phileas Fogg.

What have the Irish ever done for us? Is available in all good bookshops or online at www.currachbooks.com and from Amazon. 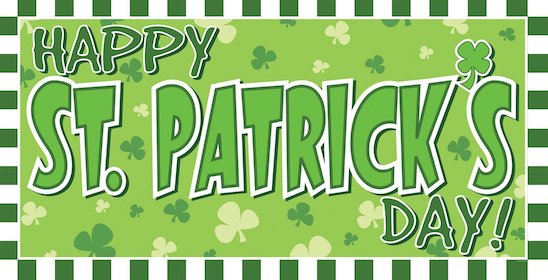 LOCAL WOMAN'S DREAMS FULFILLED BEFORE HER SUDDEN AND TRAGIC PASSING