PIKEVILLE DEVELOPERS TO PARTNER WITH TOYOYA ON 700 ACRE SOLAR FARM 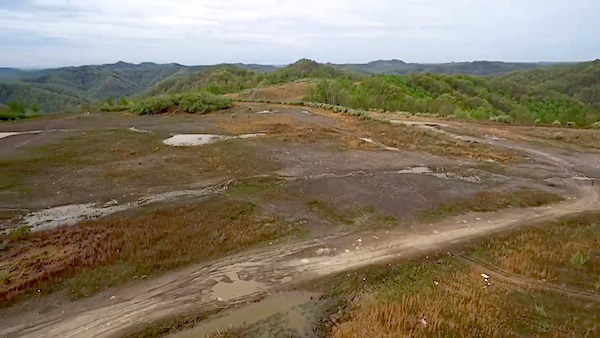 Toyota will partner with developers of a proposed 700-acre solar farm on a Pike County strip mine, marking the “final step” in what would be the largest solar energy project in the state by a magnitude of ten.

Developers hope the project, first announced in 2017, will help attract new companies and create jobs in Eastern Kentucky, where coal dominated the economy for decades and left local communities reeling in the wake of its decline.

“We’re just very excited about the possibilities that all this can lead to,” said Ryan Johns, an executive with RH Group, a Pikeville company that helped spearhead the project. “It really is going to open up the state for development in industry that we didn’t have before.”

The project could create 50 ongoing jobs and 200 construction jobs, many of which will be filled by local workers, Johns said.

At 700 acres, an output of 100 megawatts and a price tag of about $130 million, the Pike County project would far surpass any other solar farm in the state. At that scale, it would be the largest in all of Appalachia, Johns said.

Developers hope to begin construction in late summer. The project, located on an old mine site on Bent Mountain, should take about a year and a half to complete.

Johns announced Toyota’s partnership Saturday at a speaking event called TEDx Corbin, which featured a number of other entrepreneurs and artists from Eastern Kentucky.

“Our final step of the project was to have someone to buy the power for the next 15 to 20 years, and our new partner in this process is Toyota,” Johns said.

A Toyota spokesman said the company has “been working with certain electric power providers on a very innovative initiative,” but declined to provide further details.

Other partners in the Bent Mountain project include EDF Renewable Energy, which is providing capital for construction and planning, and Edelen Strategic Ventures, a business consulting company launched by former state auditor Adam Edelen.

Edelen, a Democrat and co-developer of the solar project, formally announced his 2019 gubernatorial bid in January. He said the project is an important step in “connecting Appalachia and Eastern Kentucky to the opportunities of the new economy.” 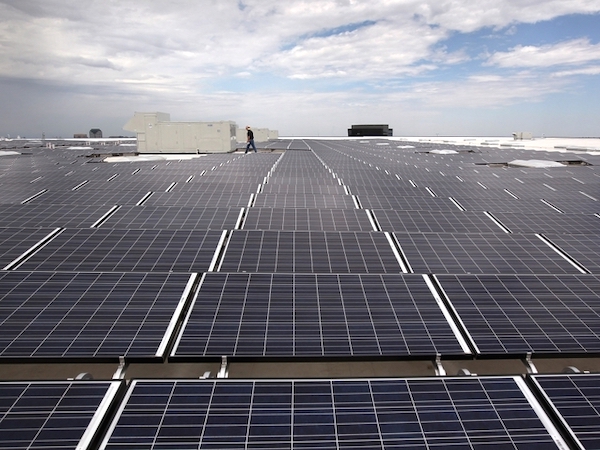 “Toyota’s backing is historic and it is proof positive that Kentuckians can build an economy of the future and get help doing it,” Edelen said. “It’s important that we get a significant project done so this state stops the pattern of promises being made and broken to poor people.”

EDF is the subsidiary of EDF Energies Nouvelles, a French company with solar projects in multiple countries that total more than 2,400 megawatts.

The company also produces more than 10,000 megawatts through wind energy sites, according to its website.

“That’s what has allowed us to be able to do this project,” he said. “If someone has a presence on that, we can do business with them.”

The exact date of construction and completion will depend on when Johns and other developers can organize training sessions for local workers, he said.

“The workforce had to be as many people from Eastern Kentucky as possible, and especially out-of-work coal miners,” Johns said. “In our area, it’s not in any way taking away from coal, it’s bringing a lot of new industry and a lot of new things that we’ve never had before.”

Aside from the immediate job opportunities, Johns said the availability of renewable energy in Eastern Kentucky will open the door to companies like Apple, Google and Amazon, which often require renewable energies to be used in new facilities.

Last year, Apple announced it would spend $10 billion over the next five years opening new data centers across the country.

“There’s no reason we can’t locate one in Appalachia,” Johns said.

Whether the facility can begin construction on time also rides on whether Kentucky Fuel, a coal company with ties to West Virginia Gov. Jim Justice, completes a reclamation job on Bent Mountain.

According to a report published last year by Inside Climate News, Justice reached an agreement with Kentucky regulators in 2014 to complete reclamation projects throughout Eastern Kentucky, including on Bent Mountain.

That reclamation work has yet to be completed, but “we’ve been assured that that all will be done in the time frame that we need it to be done in,” Johns said.

“We have a huge section of the project that we could start today if we want to,” he said. “But in order for us to completely get to 100 megawatts, there is some reclamation that needs to be done.”

Pike County, long the largest coal producer in the state, has seen a dramatic decline in production and employment in recent years.

The county produced nearly 13 million tons of coal in 2012, but that plummeted to under 4 million last year. Coal employment dropped from more than 11,000 to less than 4,000 over the same time period.

The sharp downturn — the result of a number of factors, including competition from natural gas, increasing mining costs and tougher federal regulations — has left many residents and local governments reeling from reduced employment opportunities and declining tax revenue.

Partners in the Pike County project have already responded to a 20-megawatt request for proposals from American Electric Power that, if successful, would facilitate the construction of another, albeit smaller, solar farm, Johns said.

They may also apply for a similar RFP from Kentucky Utilities, he said.

“We kind of feel like we are the leaders that started the solar discussion here in the state,” Johns said. “Our solar resource is just as good or even better than it is in other parts of the country. We can really start to change a lot of the conversation.”

By Will Wright
Lexington Herald Leader