EASTERN KENTUCKY BUSINESSES PARTNER TO POWER UP THE PANTRY 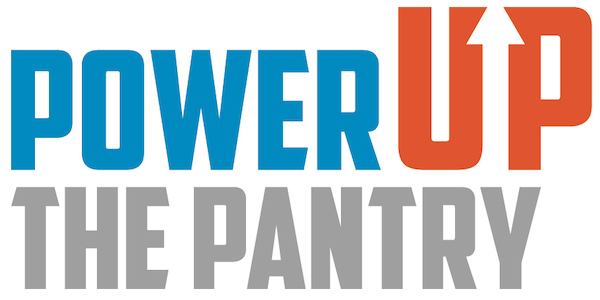 Dual daylong events are planned for April 5 in Hazard and in Prestonsburg. Kentucky Power organized the events and partnered with Anthem Medicaid, Appalachian Regional Healthcare, the City of Hazard, the City of Prestonsburg, Big Sandy Community and Technical College, Hazard Community and Technical College, God’s Pantry Food Bank, and WYMT. Donations in Prestonsburg will go to God’s Pantry, which operates distribution centers in Prestonsburg and London that serve food pantries in eastern Kentucky. Hazard donations will go to New Hope Church Emergency Food Pantry, which also is served by God’s Pantry. The businesses joined forces on the food drive to have the largest community impact.

“We are coming out of winter when food pantries historically have more requests. In addition, several of our communities have experienced flooding. This combination of need has left many agencies facing critical shortages of food and supplies,” said Cindy Wiseman, Kentucky Power’s managing director of external affairs and customer service. “We are challenging area businesses to spend the next month collecting non-perishable food, baby supplies, including diapers, or money to restock shelves for those in need.”

On April 5, from 6 a.m. to 6 p.m., a collection site will be set up in Hazard at the ARH Medical Mall parking lot on Black Gold Boulevard. A second site will be at Big Sandy Community & Technical College’s parking lot near the Science Center at Bert Combs Drive in Prestonsburg.

“We encourage businesses to put up collection barrels for employees or customers and then deliver the goods to one of the collection sites on April 5,” Wiseman said. “Monetary donations also are welcome. Checks can be made payable to God’s Pantry Food Bank.”

One in six residents in Kentucky struggles with hunger and are unsure where their next meal will come from, according to God’s Pantry Executive Director Michael Halligan.

God’s Pantry Food Bank provides nutritious foods and fresh produce to more than 400 food pantries and meal programs in central and eastern Kentucky. Last year, God’s Pantry gathered and distributed nearly 11.2 million pounds of food, enough to create 9.3 million meals for those who are hungry in eastern and southeastern Kentucky alone. The organization’s Prestonsburg warehouse serves Pike, Floyd, Johnson, Lawrence, Magoffin, Letcher and Martin counties. The warehouse stores orders until local agencies can pick them up for distribution and has fresh produce delivered for agencies to access. God’s Pantry also operates a warehouse in London that serves Perry and other southeastern Kentucky counties.

“Ending hunger does not happen at a food bank,” Halligan said. “It takes communities working together in partnership like this to have an impact. We appreciate the support and focus Power Up the Pantry will generate and look forward to seeing the difference it will make in eastern Kentucky for those in need.”

Kentucky Power, with headquarters in Ashland, provides service to about 166,000 customers in 20 eastern Kentucky counties and is an operating company in the American Electric Power system, one of the largest electric utilities in the United States.