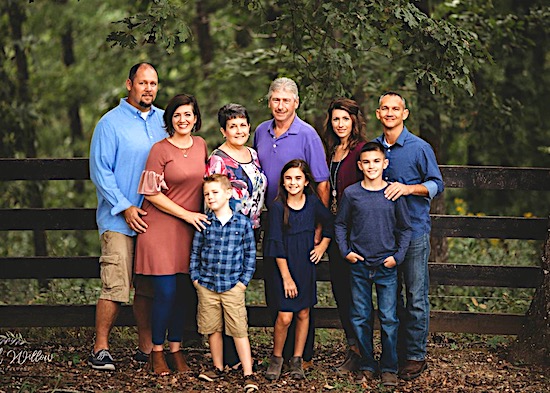 In the final days of November 2010, Karen’s Place, the first treatment center for the group now known as Addiction Recovery Care opened.  It was a new experience for most in the region, including staff and clients. In early December, the first client walked through the doors.  Vanessa (Horn) Keaton was 28 years old, and by the time she came through Karen’s Place, she’d spent 13 long years in active addiction. Her use had started as a teenager, in 1997, when she began experimenting with pot and alcohol. “I just wanted to party and ‘fit in’ when it started,” she remembers. In time, she transitioned to opiates and ultimately to OxyContin, a drug that caused so much havoc that it is now no longer on the market.  By 2008, Vanessa had reached the point where the only way she could get the high she needed from opiates was to shoot-up, and to use the drug intravenously. When she started shooting up, she realized she’d crossed an imaginary, but scary line. Still, she kept on.

By 2010, Vanessa’s addiction was frightening even to her. “It was a long road to get to the end of my addiction. The last two years were the worst.  That’s when I started using a needle, and I was certain I was going to die with it in my arm one day. I just couldn’t figure out how I ended up that way.”

Vanessa was confused but her mother, Congetta Horn, was baffled, and terrified! She had gone through several stages already in grieving over her daughter’s addiction. “In the beginning, I was the very closed-minded mom that thought, “I had raised her better, this disease would never affect her. I had no idea the road that the enemy would take her down.”

Congetta couldn’t make sense of the meandering turns Vanessa’s life seemed to be taking. She couldn’t understand -or wouldn’t understand- precisely why her daughter’s life was so erratic.  “She started and stopped her college attempts and changed jobs. She had moved away. I didn’t understand the depths of her addiction until she moved back.”

The mother had long ago turned to God for help with her daughter. She wondered why He would allow a precious young lady who had so much going for her to be so afflicted. “I spent lots of hours praying that God would help her to have clear thoughts because she was so intelligent and amazing. Vanessa had too much going for her to be an addict. I now understand that the disease of addiction does not discriminate!”

Congetta’s grieving for her daughter went from denial to anger to bargaining.  “I just got mad at her, at others using and supplying her, still praying for her to “just quit!” She looks back on that time and realizes now how empty those words were. “Just quit… I was the mom that said THAT to her!”

Finally, Congetta arrived at that point where she merely hoped Vanessa could keep on living.  “My prayer became, ‘God, keep her safe and don’t harm her.’”

It’s difficult to imagine the frustration and pain Congetta was going through. She was an intelligent woman who’d raised an amazing daughter who she loved deeply. She knew Vanessa’s potential and realized she was deserving of a much better life.

Still, Congetta realized that despite her best efforts, she was helpless. “During the years of Vanessa’s addiction, I thought several times I was trying to help her. Most attempts ended in both of us angry.”

As time went on, Vanessa’s addiction began taking a toll on her. “For years, I felt like I was on top of the world. I thought that I was untouchable and that getting high was the best life. Then, things just started falling apart. I started getting arrested. People I loved started dying. It wasn’t fun anymore, but I was locked into the madness. It was like a bad dream that I couldn’t wake up from. Instead of getting better, it kept getting worse. I felt like a waste of air, completely hopeless in every way. I honestly felt like my family would have been better off without me because all I did was cause them heartache.”

For the mother, anger had given way to despair and utter depression. “My turning point was in March 2010, nine months before she entered Karen’s Place.” Vanessa had contracted cellulitis, a skin infection caused by injecting the drugs. This was the point that Congetta realized her beautiful child might not survive addiction. “Doctors told us that most cases ended in death because the infection would go into the brain.”  Congetta could not believe things had gotten so bad, despite all her family had already endured.

It was a reality call. Time for acceptance. In Congetta’s words, “God smacked me.” For Congetta, the days of denial and even anger were gone. Despair took a backseat to the realization that she may very well lose her child forever. “All perspective changed when I realized that she might never walk out of the hospital.”

She began praying for Vanessa to accept Christ, and to be saved before she died. “Please God!” Congetta can remember praying, “save her soul, before she leaves this world!”

It’s difficult to imagine the anguish the family was enduring. But God was listening to Congetta’s prayers. He would be faithful to her needs. In the fall of 2010, she learned about an addiction treatment center that was just getting started and opening in Louisa.

Karen’s Place was set to open its doors to clients in December.  When she heard about this, she realized her opportunity had come.  Congetta resolved that Vanessa would be one of the first through the doors. As things turned out, she was THE FIRST!

Because of her mom’s interventions, Vanessa reluctantly walked into Karen’s Place on December 3, 2010. It wasn’t easy going into treatment. She was sick, frustrated, and scared to find herself sober. She was in this new and unusual environment where everyone was always checking on her and kept telling her they loved her.

She didn’t know it at the time, but the new staff members were scared, too! This was a new concept for everyone. She admits she thought about leaving more than once or trying to use while she was in care. Still, Vanessa stuck with it, and by the New Year, she had resolved to try to make it work.

Six months passed, and Vanessa completed her initial phase of treatment. In June 2011, she began an internship with the company that had saved her life. In November of that year, just shy of one year of walking through the doors of Karen’s Place, she was hired by the company as a residential staff member.

Vanessa stuck with ARC and went on to be an office manager. She eventually was promoted to lead the company’s new outpatient treatment program. Later, she was promoted to head up collections. She transferred from there to be Director of Lake Hill’s Oasis, a treatment center the company had recently opened in Pulaski County, Kentucky. She eventually moved back to headquarters where she led an effort called business development.  Finally, she was made the director of human resources.

Vanessa’s journey had started with crisis and had led to a career with ARC. She would go on to apply the skills she’d learned during her recovery walk, and start her own business. Being an entrepreneur became such a lucrative journey for her that she left the company in June 2017 to focus all of her energies on her growing enterprise.

Vanessa and Congetta look back on their journey in amazement.  When she started her walk to recovery in the closing days of 2010, Vanessa had never felt quite so lonely, or nearly as miserable. “There could have been people all around me, and I would have still felt alone. I was hollow, a shell of a human.”

Today, Vanessa’s life is a fantastic success. She is flourishing and has a future. “The visions that God gives me about my future blow my mind. He talks about my business getting ready to explode, and He’s already shown me our next house. Lots of traveling will be happening! It’s an exciting time! I no longer see limitations in life; I was created for success!”

At the center of her life are family and God. “Family was a sore spot during addiction. I knew that they loved me, but I also knew that they hated what I did. When I thought about my family, all I could think about is how badly I continued to hurt them.” So she ran and tried to avoid them. Now, they’re her reason for being. For her, family represents love. “I have the absolute best family. I always knew that, but now I appreciate it.”

For Congetta, her daughter’s salvation was nothing less than a victory of her Savior. “I firmly believe that God had a plan for her life, and the enemy wanted to destroy Vanessa.” Now, the mother says with pride, “she is a mighty force for Christ, and with God’s help she is changing the view of recovery for so many.”  Vanessa’s road to recovery wasn’t overnight, but it was worth it.  “She went to treatment, and we began to learn about recovery.” Ultimately, those lessons wouldn’t go to waste, and as a result of her journey, the family was restored. “During the last eight years, our family healed.”

Addiction Recovery Care believes the key to lasting recovery is a new purpose in life. That’s why vocation is so important. The slogan, “from crisis to career” plays out daily in the lives of hundreds of ARC’s employees. For Vanessa and Congetta, recovery continues to guide their purpose in life.

Vanessa attributes the skills and contacts she made at ARC with launching her business. Her husband, James is also in recovery and is Director of Corporate Services. And what of the mom who fought so hard to help her daughter? Congetta fell in love with Karen’s Place. It had restored one of God’s greatest blessings to her family. She loved it so much that she wound up working there.

Today, Congetta is the director at Karen’s Place, the “house mother” of a center that treats dozens of clients walking a similar journey to the one her daughter walked. Every day is a new opportunity to make a difference in someone’s life. “I get to watch others recover,” she says, and in the next moment acknowledges the challenge of it all: “…if they stay ‘til the miracle happens.”  Congetta knows what’s at stake. “I am so grateful for those who stood in the balances for Vanessa when I couldn’t. I am blessed to be the director at the center where Vanessa’s recovery journey started.”

Both Congetta and Vanessa have gone from crisis to career to abundance. Recovery is a beautiful thing to behold.

If you or a loved one are struggling with addiction, contact an addiction specialist at 606.638.0938 or use our confidential chat function at www.arccenters.com. We are available 24 hours per day, seven days per week. Hope and help are just a phone call away.