Most on Medicaid will have co-payments starting Jan. 1

Most on Medicaid will have co-payments starting Jan. 1; foes say it’s a barrier to care, proponents say it improves engagement 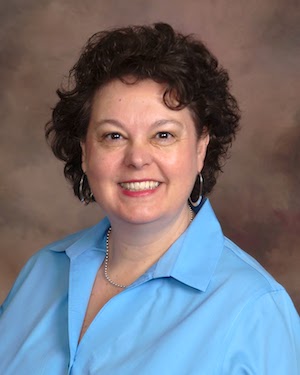 Starting Jan. 1, most adult Medicaid beneficiaries in Kentucky will be required to make co-payments for many of their health-care services, a rule change that prompted 26 organizations to sign a letter asking state officials to reconsider this decision because they say it will create a barrier to care.

“Requiring co-payments from Medicaid beneficiaries is a choice each state must make. Any budgetary benefits are limited at best, as the unintended consequences of creating barriers to care are often offset by increased costs down the road,” says the Dec. 11 letter to the state’s new Medicaid commissioner, Carol Steckel.

Co-payments have long been required from Medicaid members who are aged, blind or disabled. They are not part of the “managed care” system in which insurance-company subsidiaries or other organizations oversee care funded by Medicaid. The managed-care organizations, or MCOs, have been able to waive co-pays, “and all of them have waived some or all of those,” said Doug Hogan, spokesman for the state Cabinet for Health and Family Services. “The new regulation will remove that ability to waive the co-pays and create more uniform application across all populations.” 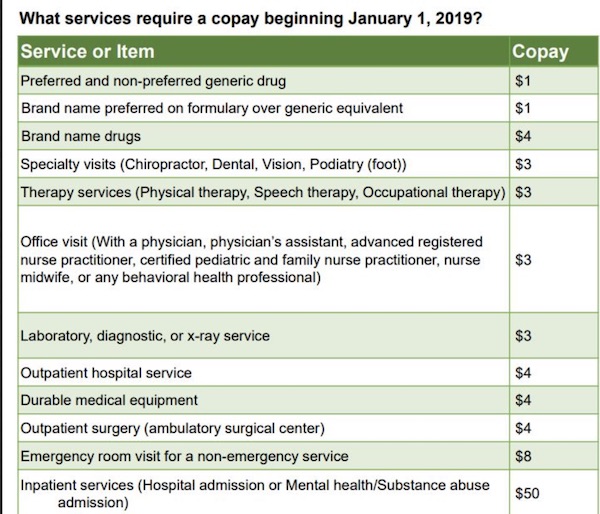 These new co-pay rules are separate from the state’s new Medicaid plan, which is set to roll out on April 1. And as soon as that plan is implemented, monthly premiums ranging from $1 to $15 per month will replace the co-pays for most beneficiaries. Implementation could be delayed by courts.

The rule that takes effect Jan. 1 requires MCOs to charge co-pays that range from $1 for some prescriptions to $50 for any type of inpatient service, including mental-health and substance-abuse admissions.

The rule exempts children, pregnant women, hospice patients and beneficiaries who have reached their “cost sharing limit” for the quarter, which amounts to 5 percent of a person’s household income during three-month quarters of the year.

The  rule also exempts a few services, including emergency care, some family planning and preventive care, such as screenings, check-ups and patient counseling to prevent illnesses, like diabetes or heart disease.

Providers cannot refuse to see Medicaid beneficiaries who are below the federal poverty level if they cannot afford their co-payment, but can refuse services to those above the level — though this has to be their current business practice for all patients, not just those on Medicaid.

The cabinet has provided a PowerPoint presentation to help providers navigate the changes.

The 26 organizations that signed the letter included links to two bodies of research that support their concerns that even small co-pays will cause many to go without care. One, published by the National Institutes of Health, cites several examples of state co-pay requirements that reduced faithfulness to prescriptions, and another that reviewed 65 studies from the Kaiser Family Foundation, which found that even modest co-payments create barriers to care for low-income populations.

“Having worked hand-in-hand with state agencies, providers, application assisters, legal aid programs, and others across the commonwealth to get Kentucky covered, we have found that even modest financial barriers can mean the difference between having access to healthcare or going without,” says the letter.

Hogan said state health officials hope that mandatory co-payments and the new Medicaid plan will “empower individuals to improve their health and their lives,” as well as help them to transition from Medicaid into commercial health insurance.

“We see from other states that premiums have an even more profound effect at increasing engagement and improving utilization,” he said. “For example, in Indiana, people who chose the premium plan over the co-pay plan had nearly double the rate of primary-care utilization.  We think that may be because premiums are easier to plan and budget for, and serve as a monthly reminder that they have health coverage that they associate value with—which makes them more likely to use it in a preventable manner.”

Posted by Melissa Patrick at 6:49 PM