Announces Agreement to Acquire Oil and Gas Mineral Interests and Development of Excel Mine No. 5

Announces Agreement to Acquire Oil and Gas Mineral Interests and Development of Excel Mine No. 5 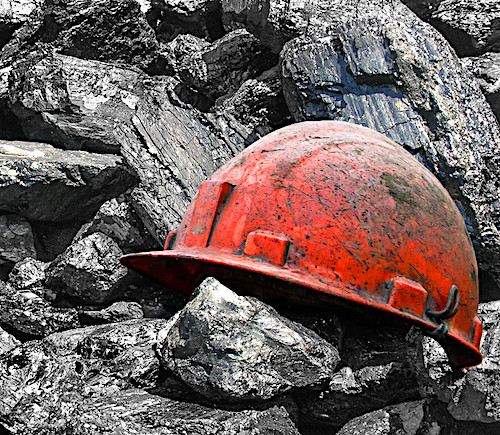 TULSA, OKLAHOMA, December 17, 2018 – Alliance Resource Partners, L.P. (NASDAQ: ARLP) today announced that it has entered into definitive agreements to acquire the general partner interests in AllDale Minerals, LP and AllDale Minerals II, LP (collectively “AllDale”) and all of the limited partner interests in AllDale not currently owned by ARLP’s affiliate, Cavalier Minerals JV, LLC (“Cavalier”) (collectively the “Partnership Interests”). ARLP also announced that it has begun development of the Excel Mine No. 5, an extension of its MC Mining operation in Pike County, Kentucky.“Today’s announcements reflect ARLP’s commitment to continually invest in our business to build and support long-term cash flows,” said Joseph W. Craft III, President and Chief Executive Officer. “The AllDale acquisition gives ARLP control of a significant ownership position in the oil and gas minerals sector and lays the foundation for a new growth platform for the future. Development of the Excel Mine No. 5 supports ARLP’s ongoing commitment to the coal sector and will allow ARLP to maintain its regional diversity as well as provide the opportunity to retain and grow its market share in both the domestic and international coal markets for this highly- valued low sulfur, high BTU product. Upon completion, both of these strategic investments are expected to be accretive to cash flow and create long-term value for our unitholders.”AllDale TransactionCurrently, ARLP owns a 96.0% interest in Cavalier, which owns approximately 72.0% of the limited partner interest in AllDale. Upon closing the transaction, ARLP will own 100.0% of the general partner and approximately 97.0% of the limited partner interests in AllDale, therefore controlling approximately 42,000 net royalty acres strategically positioned in the core of the Anadarko, Permian, Williston and Appalachian basins. The acquired acreage is concentrated in the SCOOP/STACK (48.5%), Delaware Basin (19.5%), Midland Basin (16.2%), Bakken (9.7%) and Appalachian Basin (6.1%). The acquired acreage position will provide ARLP with diversified exposure to industry-leading operators, including Continental Resources, Devon Energy, Anadarko Petroleum, Pioneer Natural Resources and Concho Resources.

ARLP will acquire the Partnership Interests for a cash purchase price of $175.96 million, which will be funded with cash on hand and borrowings under its credit facility. The agreements provide for an effective date of November 1, 2018 and the transaction is expected to close in early January 2019.In addition, ARLP also owns approximately 3,950 net royalty acres through its limited partner interest in AllDale Minerals III, LP.Excel Mine No. 5 DevelopmentARLP has begun development activity for the Excel Mine No. 5 and currently anticipates deploying total capital of approximately $45.0 million to $50.0 million over the next 18 to 24 months. ARLP’s subsidiary, MC Mining, LLC (“MC Mining”), controls the estimated 15 million tons of coal reserves assigned to the Excel Mine No. 5 and will own the new mining complex, and our Excel Mining, LLC subsidiary will conduct all mining operations. The underground operation will utilize continuous mining units employing room-and-pillar mining techniques and annual production capacity is expected to be approximately 1.3 million tons of high BTU, low-sulfur coal.MC Mining plans to utilize its existing underground mining equipment and preparation plant to produce and process coal from the Excel Mine No. 5 and expects to ship coal produced from the mine to various transloading facilities on the Ohio River and the Big Sandy River for barge deliveries or directly to customers via the CSX railroad and by truck. MC Mining expects to transition its current workforce to the Excel Mine No. 5 and will continue to employ approximately 211 workers.The development plan for the Excel Mine No. 5 is designed to provide a seamless transition from the current MC Mining operation as its reserves deplete in 2020.About Alliance Resource Partners, L.P.ARLP is a diversified producer and marketer of coal to major United States and international utilities and industrial users. ARLP, the nation’s first publicly traded master limited partnership involved in the production and marketing of coal, is currently the second largest coal producer in the eastern United States with mining operations in the Illinois Basin and Appalachian coal producing regions.ARLP currently operates eight mining complexes in Illinois, Indiana, Kentucky, Maryland and West Virginia as well as a coal loading terminal on the Ohio River at Mount Vernon, Indiana. ARLP also generates income from a variety of other sources, including investments in oil and gas mineral interests and gas compression services.News, unit prices and additional information about ARLP, including filings with the Securities and Exchange Commission, are available at http://www.arlp.com. For more information, contact the investor relations department of ARLP at (918) 295-7674 or via e-mail at investorrelations@arlp.com.FORWARD-LOOKING STATEMENTS:
With the exception of historical matters, any matters discussed in this press release are forward-looking statements that involve risks and uncertainties that could cause actual results to differ materially from projected results. These risks, uncertainties and contingencies include, but are not limited to, the following: changes in coal prices, which could affect our operating results and cash flows; changes in competition in coal markets and our ability to respond to such changes; legislation, regulations, and court decisions and interpretations thereof, including those relating to the environment and the release of greenhouse gases, mining, miner health and safety and health care; deregulation of the electric utility industry or the effects of any adverse change in the coal industry, electric utility industry, or general economic conditions; risks associated with the expansion of our operations and properties; dependence on significant customer contracts, including renewing existing contracts upon expiration; adjustments made in price, volume or terms to existing coal supply agreements; changing global economic conditions or in industries in which our customers operate; liquidity constraints, including those resulting from any future unavailability of financing; customer bankruptcies, cancellations or breaches to existing contracts, or other failures to perform; customer delays, failure to take coal under contracts or defaults in making payments; fluctuations in coal demand, prices and availability; changes in oil and gas prices, which could affect our investments in oil and gas mineral interests and gas compression services; our productivity levels and margins earned on our coal sales; the coal industry’s share of electricity generation, including as a result of environmental concerns related to coal mining and combustion and the cost and perceived benefits of other sources of electricity, such as natural gas, nuclear energy and renewable fuels; changes in raw material costs; changes in the availability of skilled labor; our ability to maintain satisfactory relations with our employees; increases in labor costs including costs of health insurance and taxes resulting from the Affordable Care Act, adverse changes in work rules, or cash payments or projections associated with post-mine reclamation and workers’ compensation claims; increases in transportation costs and risk of transportation delays or interruptions; operational interruptions due to geologic, permitting, labor, weather-related or other factors; risks associated with major mine-related accidents, such as mine fires, or interruptions; results of litigation, including claims not yet asserted; difficulty maintaining our surety bonds for mine reclamation as well as workers’ compensation and black lung benefits; difficulty in making accurate assumptions and projections regarding post-mine reclamation as well as pension, black lung benefits and other post-retirement benefit liabilities; uncertainties in estimating and replacing our coal reserves; a loss or reduction of benefits from certain tax deductions and credits; difficulty obtaining commercial property insurance, and risks associated with our participation (excluding any applicable deductible) in the commercial insurance property program; and difficulty in making accurate assumptions and projections regarding future revenues and costs associated with equity investments in companies we do not control.Additional information concerning these and other factors can be found in ARLP’s public periodic filings with the SEC, including ARLP’s Annual Report on Form 10-K for the year ended December 31, 2017, filed on February 23, 2018 and ARLP’s Quarterly Reports on Form 10-Q for the quarters ended March 31, 2018, June 30, 2018 and September 30, 2018, filed on May 7, 2018, August 6, 2018 and November 5, 2018, respectively, with the SEC. Except as required by applicable securities laws, ARLP does not intend to update its forward-looking statements.
CONTACT:Brian L. CantrellAlliance Resource Partners, L.P.
1717 South Boulder Avenue, Suite 400 Tulsa, Oklahoma 74119
(918) 295-7673
ShareTweetShareSendPinShare
Next Post