2018 LOUISA CHRISTMAS PARADE (IN A SLIDESHOW) 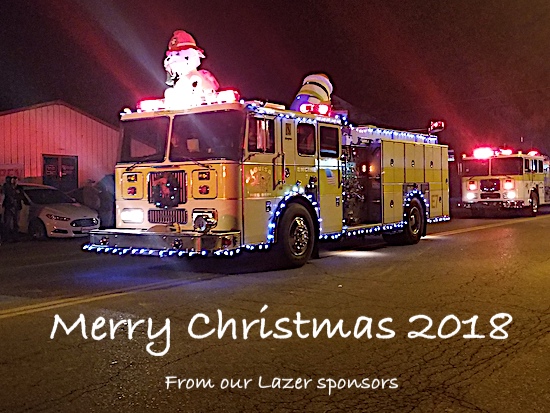 The Annual Lawrence County Christmas Parade was held Saturday night, December 8, 2018. The parade lined up for judging at 6 pm in the Louisa Plaza and at 7 pm started down Madison Street. The crowd parked their cars facing Madison Street and stayed warm until the parade begun, then took to the Street watching as lite up fire trucks from Louisa and Fort Gay led the parade followed Mr. & Mrs. Claus.

This year’s parade included many unique floats like the lite up bucket of KFC, Brother’s of the Wheel Santa float and a huge sled float at the end. Volunteers passed out candy to the kids on the street as the crowd enjoy the holiday spirit; saying “This was the best Christmas Parade they’ve seen.”

Here’s some pices we took on the cool night!