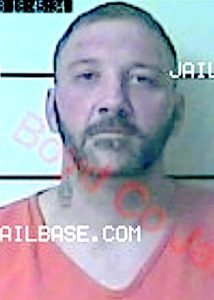 There was a second death in four days at a troubled Kentucky jail after multiple inmates overdosed on drugs Saturday into early Sunday morning.

Two inmates were rushed to the hospital and one, Charles Shawn Finley of Ashland, was pronounced dead at the hospital.

Boyd County Coroner Mark Hammond told The Daily Independent they “are suspecting fentanyl” because that’s what investigators were told. An autopsy is now pending on the deceased. It was not immediately clear how the inmates got access to the dangerous drug.

Finley’s death is the second in four days and third in six months at the troubled facility. On Thursday inmate Michael L. Moore, 40, of Ashland, was found dead at the jail. An autopsy could not rule out that Moore died by criminal means, but investigators have been tight-lipped about the exact circumstances, the newspaper reported. The Kentucky State Police are investigating both Moore’s death and now Finley’s death as well. Finley, 36, had been in custody for weeks.

Six months ago, 44-year-old Laura Riley died at the jail due to acute methamphetamine intoxication. She had been in custody for two days at the time of her death. No arrests have been made in that case.

The deaths represent only the latest of alarming events at the jail in the past two years. In October authorities were called to the jail after three inmates overdosed. Sixteen have been indicted in that case. The jail has also, in the last two years, been the scene of a riot, at least two separate instances of mistaken releases, multiple escapes and multiple other overdoses. During an eight-month stretch alone from 2017 into 2018 at least nine inmates escaped.

Outgoing Boyd County Jailer Joe Burchett was originally charged with misdemeanor malfeasance. He denied the accusation and that case was subsequently transferred to Rowan County.

In June, two Boyd County Detention Center inmates were charged with over 300 counts of wanton endangerment after allegedly starting a fire in a detention center cell. The county also took a financial hit last year when the state temporarily pulled its inmates out of the county jail due to concerns about inmate safety. The Kentucky Department of Corrections removed state prisoners who didn’t have local pending charges from the jail. The order was declared after DOC inspectors toured the jail within a few weeks after an Aug. 19 riot that required a major law enforcement response to quell.

The county made some changes to the jail and the state inmates returned.

In January, following the escapes of four more inmates on Dec. 28, the Boyd County Fiscal Court called on Burchett to resign immediately. He refused but did not run for re-election. Jailer-elect William “Bill” Hensley takes over in January.