Pikeville Medical Center has announced it will spend $7 million to relocate and expand its inpatient pediatrics clinic into a children’s hospital, and establish, expand or improve nine other facilities with price tags totaling $45 million. Officials said about 200 jobs would be created. 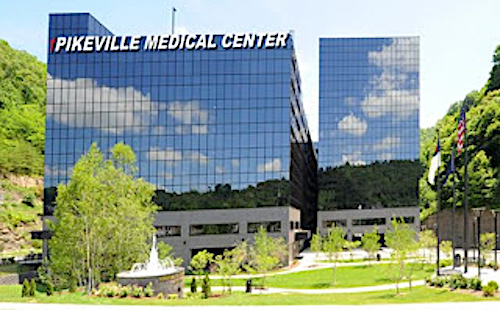 The hospital appears to be on a rebound. In June, CEO Donovan Blackburn laid off 130 employees, blaming mismanagement by former CEO Walter May, whom the board ousted in January. May, 81, died Nov. 2. He had overseen the growth of the former Pikeville Methodist Hospital into a medical center with 300 beds and more than 3,000 employees, who account for one-sixth of total wages in Pike County, reports Dan Klein of WSAZ-TV in Huntington, W.Va.

“We have everywhere from doctors to house-keeps, to valets, but our average rate is $60,000 a year,” Blackburn told WYMT-TV in Hazard.

The number of beds planned for the children’s hospital was not announced. The hospital said it is spending $32 million, supported by a federal loan, to expand its Heart and Vascular Institute. “We’re one of the top heart institutions in the state by the mere numbers of operations,” Blackburn said.

The other projects include new or expanded clinics in South Williamson, Martin and Whitesburg; a new network headquarters to manage services in more than 43 buildings; an expanded laboratory costing $7 million; a new primary care center; a remodeled second-floor atrium in the May Tower; and a coffee shop.