Are Christians Failing Us?

There seems to be a contradiction today between what Christians have always professed and what they practice. What happened to the Christian doctrine that exhorts Christians to make this a better world? Did not Christ himself say: “The other man must mean as much to you as your own self.” Why aren’t Christians following the great examples of the past? 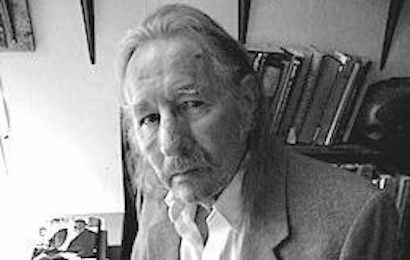 We saw it in the beginning when a small sect of persecuted Christians converted the Roman Empire into a Christian Empire and established the mighty Roman Catholic Church, the mother church of all Christian faiths and denominations since. Haven’t Christians always had a duty to act in the name of God? What were the Crusades all about if not Christians taking action? And what about the Temperance Movement in the 19th Century, when Christians declared war on the evils of alcohol that infused the minds of fathers and sons with idiocy?

Where is the Christian enthusiasm today that seeks a better world? I see it mostly in only one activity: an effort to feed the poor and hungry. Noble yes, but completely putting aside what Christ said during the Three Temptations: “Man cannot live by bread alone.” The spirit too needs nourishment and the spirit is nothing if not Love.

Why do we have 5,000 soldiers on the Mexican border when there should be 5,000 Christians there welcoming these poor unfortunate refugees into a country where they can be safe from the ravages of their own country? Shouldn’t Christians have been there to protect against separating innocent little children from their mothers and fathers? This is a country of 350 million people; is there not a meager 5,000 Christians willing to act in the name of social justice? Head to the border now and bring comfort to these souls.

The two most egregious dangers facing the world today are climate change and over- population. Apparently, Christians are unconcerned. Why aren’t they raising their millions of voices on high against a government who denies this is happening? And faster than first predicted. The latest word from the scientific community is that we have approximately twenty years to try and turn this thing around.  I know Christians love their grandchildren, but do they love them enough to try and secure them from a future of certain extinction?

Christians are wasting their voices railing against abortion and demanding laws against it, when what they need to be doing is something positive to prevent abortion. It can’t be stopped (we still manufacture metal coat hangers) but it can be rendered unnecessary for the most part. Christians need to be the greatest advocates calling for more effective and easier birth control and going out by the millions into communities and schools instructing people to make wiser decisions in preventing unwanted pregnancies. And, instead of condemning homosexuals, Christians should be grateful that gays don’t produce unwanted children, thus helping to reduce the pollution of over-population.

And what about gun violence, racism, harmful drugs, government corruption, the greed of materialism, the threat of nuclear annihilation, and the awful sin of silence? You first have to save lives before you can save souls. Have Christians forgotten the edict that says God helps those who help themselves?

You may think I’m oversimplifying all this, but when you think about the most modern means of communication we have today, namely, the instant electronic media, an entire Christian movement to save the world is at your fingertips—millions upon millions of you can flood the world with echoes of Christ’s Sermon on the Mount and his message of sympathy for the down-trodden among us.

We have had knowledge of Good and Evil since Adam and Eve. Certainly, all Christians are good people but what are they doing to fight Evil? Just sitting around singing songs and clapping hands every Sunday is not going to do it. Even the unbelievers are depending on you. If you can’t do anything who else can? As Einstein says, ”Man is here for the sake of other men,” according to the original will of the God of creation.  (Please pass this along.)