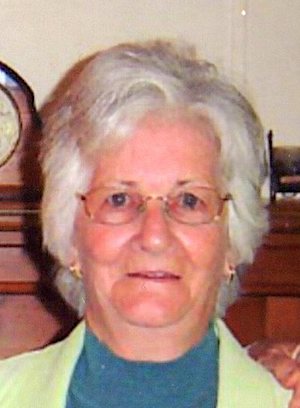 Dolores was born on December 10, 1931 in Fort Gay, WV to the late Ruth Hoy and Claude Paul Lampert. Dolores worked for several years in Mansfield before leaving a returning to West Virginia. She later retired from Therma-Disc in Mansfield after 17 years of service.

Dolores was a loving daughter, wife, mother, grandma, and great grandma. Dolores would do anything for everyone. She took care of everyone. Every one that knew her loved her. Dolores was beautiful inside and out.

Dolores was a faithful member of Bartram Chapel and Oak Grove Church in Fort Gay, WV until she moved back to Mansfield. In Mansfield she attended Dean Road Baptist Church.

In addition to her parents, Dolores was preceded in death by her husband Ronald Jackson Bartram; her son David Michael Bartram; her brother Donald Lampert and her sister Doreen.

Funeral services will be conducted Friday, November 16, 2018 at Noon at Bartram Chapel with Brother Mack Cyrus officiating. Burial will follow in the Frasher Cemetery in Fort Gay.

Young Funeral Home has been entrusted with the care of Ms. Bartram.