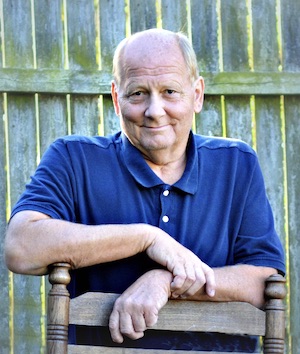 Terry was born December 16, 1956 to the late Carl and Betty Fluty. In addition to his parents, he was preceded in death by his grandparents Tom Harrison, Sedella Judd Fluty, Floyd and Carrie Patterson Dillon; and his brother Robert Allen Fluty.

Surviving are his loving wife Donna Bartram Fluty; his children Andrea (David) Meloche of Randleman, NC, Richard Aaron (Hope) Fluty of Louisa, and Gregory Allen Fluty, of Louisa; and his grandbabies, who were the light of his eye and the one thing that brought a smile to his face, Gage Fluty, Declan Fluty, and  Emma Meloche; brothers Carl Thomas “Buck” (Pat) Fluty and Larry Lee (Roslynn) Fluty; and sister Barbara (Bob) Leis; and two honorary grandsons Kevin and Austin (Bub) Mullett whom he loved dearly, and so many co-workers and fishing buddies and friends too numerous to count.

Terry attended New Life Outreach in Fort Gay, WV and was the former president of the Louisa Bass Club. He was a retired Bridge Inspector for CSX.

A memorial service with graveside rights will be held at a later date.