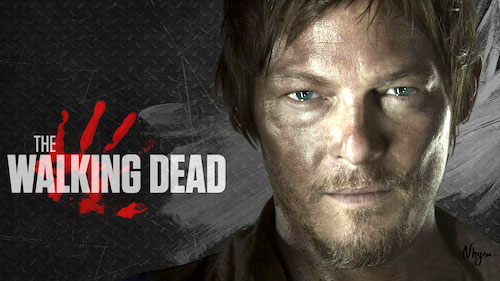 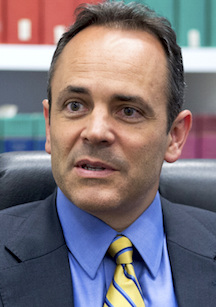 In a radio interview with conservative talk show host Leland Conway, the Kentucky Republican said new laws aren’t the solution to violence, but addressing a “culture of death” in media is the start.

“It starts with everything from the type of entertainment that we focus on,” Bevin said. “What’s the most popular topic that seems to be in every cable television network. Television shows are all about, what? Zombies! I don’t get it … that’s what we are.”

Bevin went on to say Kentuckians are staunch defenders of the Constitution and that liberal attempts to enact gun control won’t be successful.

He added that violent shows are morphing the minds of young, impressionable children.

“When a culture is surrounded by, inundated by, rewards things that celebrate death, whether it is zombies in television shows, the number of abortions … there’s a thousand justifications for why we do this,” Bevin said.

In June 2018, Bevin blamed video games, psychotropic drugs and smartphones as some of the root causes for violence in America’s schools.

Bevin’s comments come a week after a mass shooting at the Borderline Bar and Grill in Thousand Oaks, California, which left 13 people dead. It was the 307th mass shooting in the United States this year alone, according to Gun Violence Archive.

Bevin, who has said he is running for re-election in 2019 but has not filed candidate paperwork or started fundraising, is polling poorly in the Bluegrass.

A poll by Morning Consult released this past summer, showed the Kentucky Republican ranked as one of the top 10 least popular governors in the U.S. But Bevin said Tuesday he doesn’t care much for polling and doesn’t think it offers any insight about his re-election.

“Have you ever seen a poll in which I wasn’t unpopular?“ Bevin asked the radio host. “I have been unpopular and expected to lose. My unfavorable have always been higher than my favorables, those things are a joke. It makes no difference.”

NEW 'FALLOUT' GAME IS SET IN WVA, ON SALE TODAY