Growing up in Louisa – Pride, Honor, and Guilt

Growing up in Louisa – Pride, Honor, and Guilt

This title may alert you to my view of this week’s subject. Hey, they taught me in school that is just what titles are for. This upcoming Monday shows on my calendar as Veterans Day, so I think it is altogether appropriate for us to give well-deserved honor and tribute to those men and women who have served our nation and gave their all. That brings me to remember, too, that other veterans suffered hurts and pains that goes with the job when they stood in the breach to fend off an enemy that would take away America’s freedoms. Some of our military lost limbs, others were badly burned, and many carry the memories of horrible sounds, awful veils of fear, and the memories of those things that happen in war.

We still have a few of the ‘greatest generation,’ (WWII vets), and several Korean veterans, and loads of those who faced the struggles of Viet Nam. Other veterans served in the desert wars and the ongoing battle against terrorism. Many of those who were sent into ‘harm’s way,’ saw sights that cannot be forgotten. Many still deal with the resulting nightmares and cold sweats years, or even a lifetime later. A few were involved with hand-to-hand combat, some sent ordinance toward an unseen foe, but many who never saw the enemy heard the bullets whizzing by. Many knew they would not be coming back.

I cannot forget those that carry guilt that others were taken while they themselves were spared. Or were they? Looking a fellow veteran in the eye when you could see signs of the wounds they incurred requires us lucky ones to lower our heads. Is it guilt that we feel or are we just truly humbled by those who stood tall in the defense of our national interests? We argue that we all played our roll and contributed to the effort and indeed, we did what our leaders directed. In the end, those men and women will also be honored when a folded flag is presented to their spouses. It won’ be about me, but those who have died, or who are dying, or will later lay down their lives. That tradition reminds us that we were all there.

At home there were people that built ships, airplanes, and grew food to feed an army. There were reporters, doctors and nurses, and those who dug out the coal to feed the furnaces of industry. Many filled the gaps left when our youth fought the battles. One does what one has to do and together we get it done.

Like many young men I did a good bit of my growing up in the military. I had a simple but important role in the Cuban Crisis and have a good many ‘war stories’ about my tenure in uniform. But, I wasn’t sent into the fray. I had personal friends that were and I hung my head and cried when I heard one of the spray-flight planes went down in ‘Nam.’ That crash took the lives of several of my friends that I had seen off on the tarmac only a few days earlier. I know several who still suffer from exposure to ‘agent orange,’ which was used to defoliate the heavy jungle. The stresses that go along with jungle guerrilla warfare was experienced in WWII and again in Viet Nam. I stay quiet about the war when I’m around them because I wasn’t there and don’t know what went down, but I listen whenever they are ready to talk. 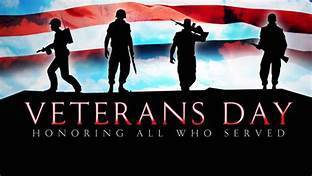 Honoring our troops is the real reason for Veterans Day, you know. It’s not meant to be just another holiday that allows us to skip work and head out to the golf course. It’s a day for us to take a moment and remember those tens of thousands that have died on our behalf.

Back when I was a kid growing up in my sweet little home town it wasn’t called ‘Veterans Day.’ It was for those who one hundred years ago were ‘over there.’ They called it ‘Armistice Day.’ First named to honor soldiers, sailors and airmen of the First World War, it was changed later to include other conflicts. I was attending good old LHS back then. I remember those old soldiers that would gather on Armistice Day on the benches up and down Madison, and Main Cross. Some were passing out red poppies to pin to our lapels. A few of the veterans showed their pride by dressing in their uniforms. Their jackets displayed marksmanship metals and other awards including victory and theater ribbons. My mom pointed out one old man who wore a Purple Heart and had several other ribbons. He had seen combat. I shook hands with several old codgers and proudly wore the poppy.

I also remember seeing some soldiers that represented the Second World War. While I associate those with Veterans Day, I might have seen them at another event such as July 4th or a Victory Parade. I know that in grade school the teachers told us many times about how we owed much to those men and women. There are very few oral records by those who ‘served in the trenches,’ or on a merchant ship navigating across the north Atlantic dodging German U-boats, or those that took flack while flying on another bombing run. As a kid I saw my share of war movies, and still watch documentaries. Even those with real footage are mild compared to the truth of what happened. You can’t portray the sounds, smells, fear, and conditions or the horrors of the death camps.

Over the last two hundred years the weapons and nature of war have undergone dramatic changes. Charges by the light Calvary changed to trench warfare with chemical weapons and fast-firing automatic weapons. Then came armored divisions and better artillery, rockets, and finally atomic bombs. After that it was guerilla tactics in the jungle, and finally terrorist attacks on the innocent. Regardless, countless good men and women have died to protect the homeland. Others carry wounds, seen and unseen. Simple sounds, smells, or noises trigger nightmares. How one can experience the scenes of D-day and the Holocaust and not shiver is beyond me. Now it is children in the classroom, worshipers in church or synagogue, or just concert attendees. Our homeland has witnessed things that were unheard of in our day. How horrible, but then again, how strong is our resolve to stand true to our nations principles. 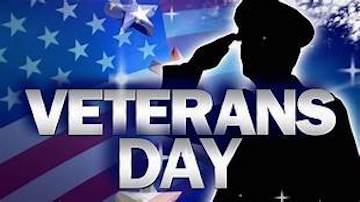 My wife’s great uncle was at Normandy on ‘D-Day’, June 6, 1944. He said so many were hit by enemy fire that the water turned the color of blood. He once reluctantly sat down and told me about the battles all the way to the ‘Battle of the Bulge’ and then on into Germany. Many of his unit did not survive. While this wasn’t a memory of my ‘growing up years,’ it happened during my lifetime. They certainly deserve our thanks and respect. So do those who fought in Korea, or Viet Nam, Laos, and those who fought in the Mideast during two wars and those who continue to stand for their nation.

The names of many young people from Lawrence County are on the lists of those killed in wars, or listed as missing. As I have mentioned, some were lucky, and returned home wondering why they weren’t killed. Many felt guilty that a friend next to them gave the ultimate sacrifice, but somehow they survived and returned to their families. Wounds of war are more than those inflected by bullets, shrapnel, Agent Orange, or other munitions. They still relive the unspeakable in their dreams. Such are the horrors of war. What is seen, experienced, or feared all carry a cost. I think it was Sherman that said that “War is hell.” Indeed, it is. Seeing the innocent hurt or killed, knowing that the enemy ahead that is waiting in ambush, puts no value on life. They kill without discretion or guilt, thinking it as just. That is hard to fathom, as it is an insane dogma, but we have just seen something akin in America.

Whatever the venue, random shooting, setting off bombs, or mailing booby-trapped packages it makes no sense. In the past, it was our soldiers that suffered in war and carried the memories of violence. It has come home, and even families are attacked. We are nearing the place where we cannot expect to be safe by the efforts of the few. Today, we must stand ready to fight and perhaps die for the freedoms and the lives of those we love. In this way, we are all becoming veterans, a broader ‘Band of Brothers,’ trying to save lives in hope of a future like we knew, growing up. In recognition of that, our first-responders, our military, and those brave citizens who return fire and knock down the threats to others and our world. They all deserve our salute and our full support because today, we all walk in harm’s way.

When they hand my wife that folded American flag, and play taps over my ashes, I want her to remember not just me, but what so many good people have done. While I grew up and lived a good life, others died so that I could. Whether they worked in a mailroom, on a train, in the air, on the sea, or in the trenches, they have contributed in maintaining this the greatest nation on earth. If you doubt it then answer me this: Why are so many scrambling to get in? On this day, and many other days like this one, I pause to remember the flag and what it stands for. I hope you take a moment and join me in remembering our veterans.  mcoburncppo@aol.com