WAYNE COUNTY, W.Va. — A kindergartner brought drugs to school Monday, and the child’s grandmother is under arrest, the Wayne County Sheriff’s Department says. 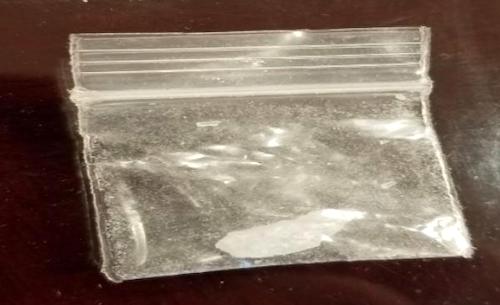 The child talked about finding a tooth in his gloves, and the principal asked to see it. That item was later determined to be crystal methamphetamine inside a baggie, Sheriff Rick Thompson said.

The grandmother, Cheryl Brown of East Lynn, West Virginia, was arrested and charged with child neglect creating risk of injury.

Deputies are searching for the boy’s mother, Halicia Melbar, who faces the same charge as Brown.

UPDATE:  (11:16 am) Deputies located and arrested Halicia Melbar, of East Lynn, last night. She is charged with Child Neglect Creating Risk of Injury.

The boy lives in a home with both women, deputies say.

“That child didn’t know what it was,” Leanna Porter, whose kids went to that school, said. “They could’ve possibly ingested it. That’s scary.

Here is a press release from the school:

“…This morning the principal at East Lynn Elementary School contacted 911 when she discovered that a kindergartener had possibly brought drugs to school. Sheriff Thompson stated that deputies went to the school and recovered a baggie containing Crystal Methamphetamine.
Sheriff Thompson stated that the principal overheard a kindergartener talking about finding a tooth in his gloves and asked to see it and it was later identified as Methamphetamine.
Sheriff Thompson said deputies arrested the grandmother, Cheryl Brown of East Lynn, for Child Neglect Creating Risk of Injury and are actively searching for the mother, Halicia Melbar of East Lynn, who will face a charge of Child Neglect Creating Risk of Injury also. The child resides in the home with Cheryl and Halicia.”