WALTER MAY DEAD AT 81 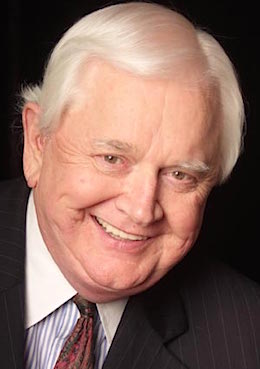 May began his broadcast career in the 1950s as a rock and roll disc jockey.  May bought a third of the company and became the general manager of East Kentucky Broadcasting. EKB is one of LEX 18’s news partners.

He also served as the mayor of the city of Pikeville and was the CEO of Pikeville Medical Center. Walter told one of his coworkers at EKB, “When I die, don’t let the news of my passing be led by business stuff. I want to be remembered as Pike County’s first rock and roll DJ. ”

Senator Mitch McConnell released a statement on the passing of May:

“The Pikeville community lost one of its towering figures with the passing of Walter May. When he began his first broadcast as a rock and roll DJ more than 60 years ago, I doubt anyone could have predicted his lasting impact. Through his nationally-acclaimed radio career, his term as mayor, and his guidance of the Pikeville Medical Center, Walter established an enduring legacy of excellence and service. Elaine and I join those who loved Walter as we honor his decades of transformational leadership and express our sincere condolences to his family and friends.”

GROWING UP IN LOUISA: To the roller rink