MORE THAN 5P SYRINGES FOUND IN BEDROOM WITH TWO KIDS 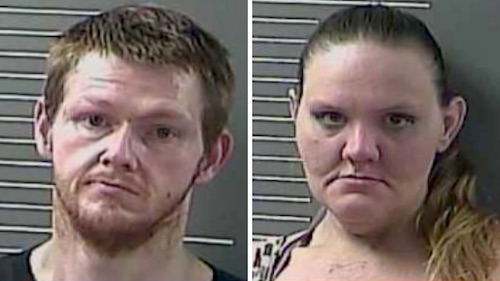 A couple from Lawrence County, who also have a listed residence in Martin County, were arrested on child negligence charges after a large amount of drug paraphernalia was found in their residence during a welfare check.

Deputy Blevins stated after the couple gave permission to search the home, Blevins said he and other deputies found more than 50 syringes and other drug paraphernalia lying around in a bedroom in the reach of 2 children at the home. Both Todd Whitt and Niki Boyles were arrested and each charged with possession of drug paraphernalia and endangering the welfare of a minor.

The two young children were released into the custody of relatives.

The pair were lodged in the Big Sandy Regional Detention Center in Paintsville early Friday evening, and have since posted bail bonds out and released from jail custody.