A $1 million Mega Millions ticket was sold in Louisville 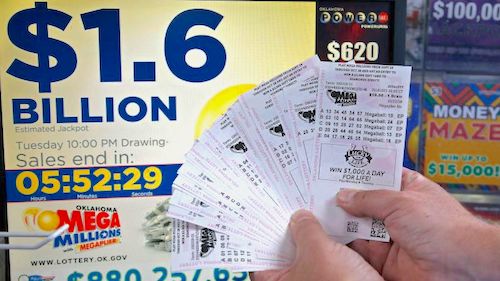 So, you didn’t win the $1.537 billion Mega Millions jackpot last night … but someone in Louisville will walk away with $1 million. But the big winner was in South Carolina where the only winning ticket — for the full $1.537 billion — was sold.

A ticket sold in Louisville matched all five of the white ball winning numbers in Tuesday night’s Mega Millions drawing, but missed the Mega Ball number, the Kentucky Lottery said.

The store where the ticket was sold won’t be announced until the Kentucky Lottery staff performs security checks.

This is the fourth $1 million ticket sold in Kentucky over the past 17 days, said Kentucky Lottery Spokesman Chip Polston. Three of the million-dollar winners were from the Mega Millions game and the other winner was from a Powerball ticket.

Two $10,000 tickets from last night’s drawing, which matched four of the five white ball winning numbers and the Mega Ball, were also sold in Florence and Lexington, Poltson said.

The Powerball lottery has a drawing tonight for a $620 million jackpot.