WURTLAND, KY. — After coming up short last season in the OVC Girls basketball tourney the Louisa Middle basketball team wasn’t going to be denied this season as the 7th and 8th Grade teams brought back titles to Louisa. 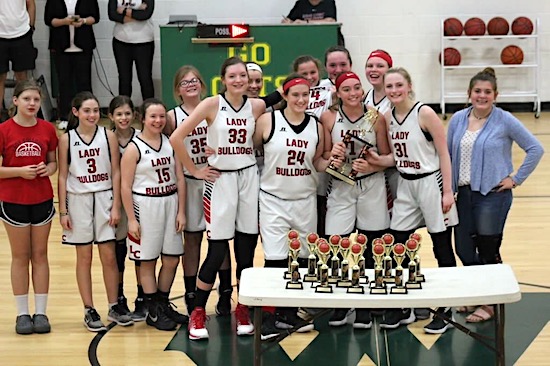 In the championship game the Lady Bulldogs avengers an earlier loss to the Lady Lions and captured the title. 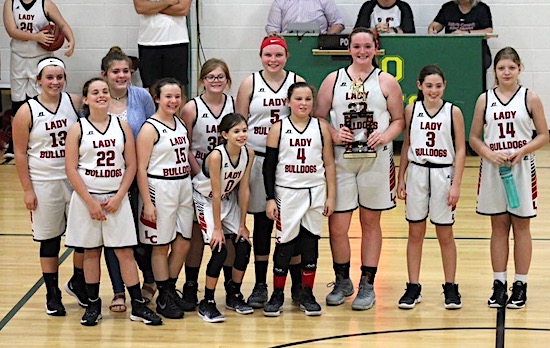 In the 7th Grade game it was a dominating performance for the Lady Bulldogs.

LMS 7th, which finished 20-5 and went undefeated against OVC competition was led by Emilea Preece 10 points, 6 rebounds, 2 assists and 7 steals.