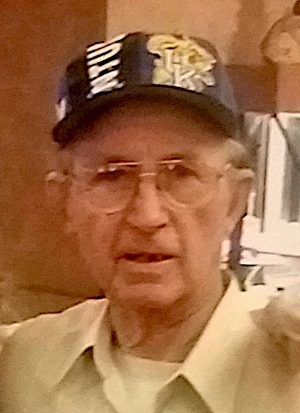 Omar Blythe, 91, of Blaine, KY went home to be with the Lord on Monday, October 8, 2018 at the University of Cincinnati Medical Center.

Omar was born November 12, 1926 in Blaine, KY to the late Edward and Cora (Ross) Blythe. In addition to his parents, he was preceded in death by his sons Garland Ray Blythe and Clarence Edgar Blythe; daughter Linda Gail Gussler; 6 sisters and 1 brother.

Funeral services for Mr. Blythe will be Saturday, October 13, 2018 at 2:00PM at Young Funeral Home Chapel. Burial will follow in the Blythe Family Cemetery.

Visitation will be from 1:00 PM until time of service Saturday, October 13, 2018 at the Young Funeral Home Chapel.

Young Funeral Home has been entrusted with the care of Mr. Blythe.