VOLLEYDAWGS COME UP SHORT IN BID FOR DISTRICT CHAMPIONSHIP

LOUISA, KY — Lawrence Co. ( 15-19 ) ran into a buzzsaw Wednesday in the Championship game of the 58th District Volleyball tournament as Defending Champions Floyd Central ( 26-6 ) swept the VolleyDawgs 3-0 at the LCHS Gym. 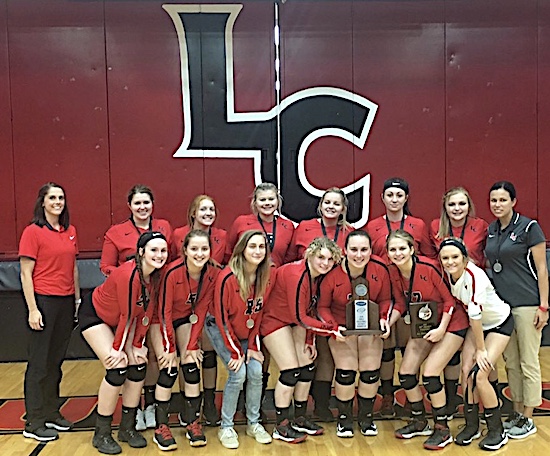 In the first set it was the Lady Jaguars setting the tone and winning 25-10.

In the second set Floyd Central carried the momentum over even though the Lady Dawgs were very competitive but fell 25-17.

In the third and final set Floyd Central wrapped up the title with a 25-3 victory.

Both teams will advance to the 15th Region tournament which will be played next week at Betsy Layne.

“…Floyd Central is a great volleyball team. We did not play our best last night. We allowed FCHS to continuously apply pressure on us with hard hits and they capitalized on our mistakes.”

“…If we do a better job at executing, we will have a different outcome during the regional tournament. With that being said, our team has accomplished more than we ever set out to accomplish. This group is phenomenal in the way they carry themselves on as well as off the court. I could not be more proud of this team and I am excited to have the opportunity to coach them during their first ever appearance in regionals next week!”