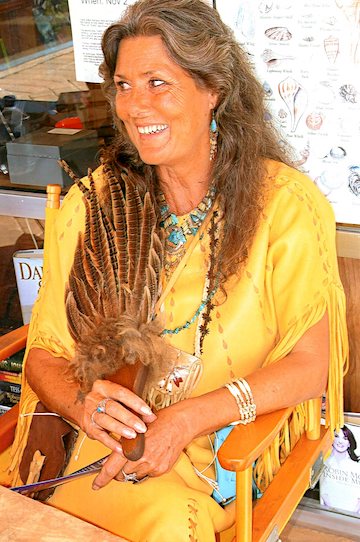 Aleechawa was born October 20, 1952 in Louisa to the late Logan and Mary Katherine (Kirk) Adams. She attended Louisa High School and graduated from South High School in Columbus, Ohio. She later attended Morehead State University. In the 70’s and 80’s she was a professional model and won many titles such as Miss Central Ohio, Miss Franklin Ohio Firefighter, Miss Dandy Potato Chip, Miss WRFD, and Miss NHRA. She was also a veteran, having served in the Air Force. Aleechawa’s real love was animals, especially horses. She owned many horses over the years and was a horse trainer. In addition to being a horse trainer, she was an author, an artist and she was an instructor at Morehead State University where she taught the Cherokee language.

Aleechawa was preceded in death by her parents; her husband Bill Wells; and her brother Clifford Adams.

In keeping with Aleechawa’s wishes and in respect of her Native American heritage, she will be cremated and there will be a private service at a later date.

Young Funeral Home has been entrusted with the care of Ms. Wells.