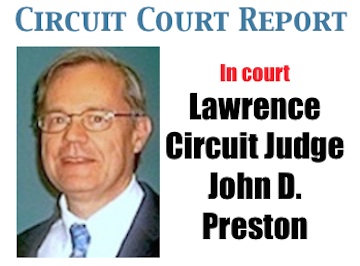 After much vocal  frustration from the people of Lawrence Co. it seems as if the voices have been heard. People are actually getting prison time rather than probation.

Jesse Caudill, 34 was sentenced on charges of Persistent Felony Offender, 1st degree was amended and Criminal Possession of Forged Instrument and Theft By Deception.

The docket did not reflect how much time the defendant was sentenced to.

Clarence Childers, 47 was sentenced on 3 cases:

* 3 years for Fleeing and Evading Police,

*7 days for Driving on DUI suspended License and

*90 days on Failure of Non Owner to Maintain Required Insurance.

*1 year for each of 2 counts of Theft By Unlawful Taking and Persistent Felony Offender was dismissed.

*1 year for Bail jumping, 1st degree (Consecutive to one case and concurrent to another) Persistent Felony Offender was dismissed.

Freda Davis, 37 Pled guilty and was sentenced to

*1 year to serve w/ other conditions on Escape, 2nd degree and Persistent Felony Offender was dismissed.

On a 2nd case: The defendant stipulates to violation with this new charge and Probation or Parole was revoked. The defendant was remanded to the Dept. of Corrections to serve both sentences. 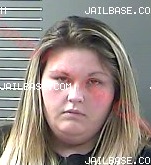 Ashley Horn, 28 was sentenced to

*5 years for Tampering with Physical Evidence,

*12 months for Possession of Drug Paraphernalia and

All consecutive to 17-CR-115 (another case) 5 years Supervised Probation on Complicity Trafficking In a Controlled Substance, and concurrent to Martin Co. Cases.

James Moore, 67 was present on a Revocation Hearing for Failure to Comply With Sex Offender Registry and was

*Revoked and Remanded to the Dept. of Corrections on 2 cases.

Jessica Ray, 37 pled guilty and was sentenced to

*12 months probated over 24 months on an amended charge of Complicity Trafficking A Controlled SUbstance. Persistent Felony Offender was dismissed.

Brett Thomas, 28 was sentenced to

*1 year on Burglary, 3rd degree and pretrial diversion was set aside.

*concurrent to 2 years for each of 2 counts of Burglary, 3rd degree and

Arthur Shane Webb, 33 was sentenced to 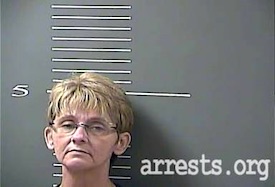 Ronnie Webb, 51 was sentenced and charges to run consecutive to Johnson Co. Case.

The defendant was sentenced to

*11 years for each of 2 counts Complicity Robbery, 1st degree,

*12 months for Complicity Assault which was amended from 1st degree to 4th degree.

Matthew Caudill, 36 was present and granted a motion to withdraw on charge of Engaging In Organized Crime/Criminal Sydnicate.

Bobby Dale, 30 was present on charges of Flagrant Non Support and Persistent Felony Offender, case was reset for 10/26/18

April Harper, 34 was present and hearing was set for 11/9/18 on 3 cases and a Motion to Revoke Probation or Parole. one case with the charges of Complicity Possession of a Controlled Substance, methamphetamine and Complicity Possession of Drug Paraphernalia. 2nd case with charges of Tampering With Physical Evidence and Possession of Drug Paraphernalia. Motion to Revoke Probation or Parole hearing was reset for 11/9/18. Charges of Fraudulent Use of ID Card of Electronic Code for Benefits. 1st Degree Possession of a Controlled Substance and Theft By Unlawful Taking will also be heard on 11/9/18.

Brittany Hicks, 30 was present on a motion Per bond decision on Probation Violation for felony offense. Hearing set for 10/16/18.

Ronald Ratliff, 51 was not present on a motion to void a pretrial diversion which was extended by 6 additional months on 3/23/18. a bench warrant was issued.

Several cases were set for Pretrial with no resolve. As cases move forward, we will report on them.