‘FT. GAY GAL’ TURNS CHAIRS, ON VOICE, HEADED TO NEXT ROUND 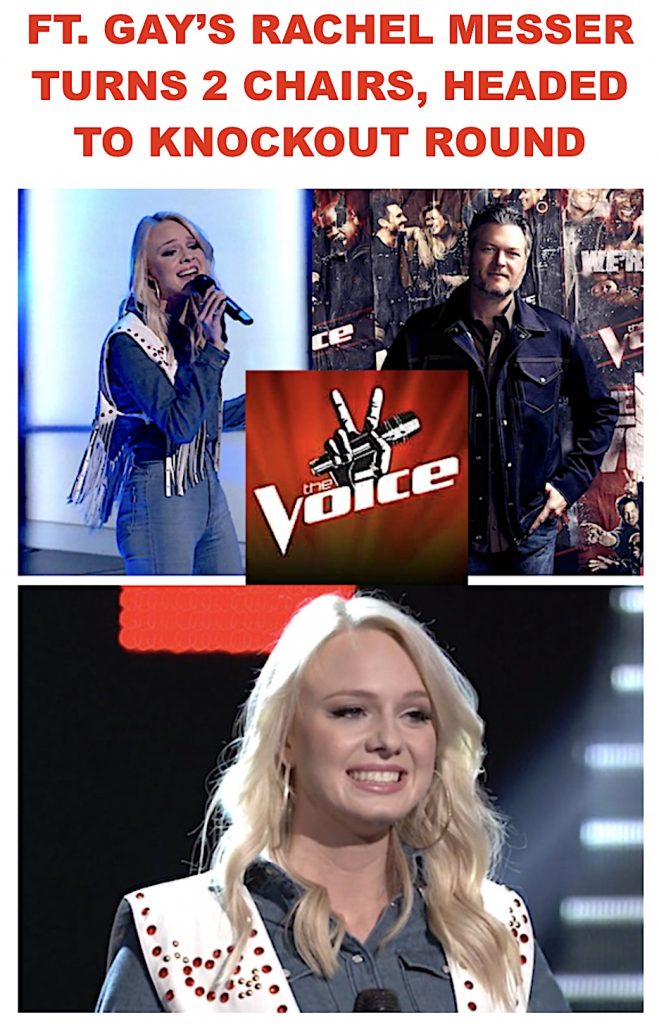 Ft. Gay’s Rachel Messer appeared on The Voice 2018 blind auditions last night and made a big impression earning two chair turns and a spot in the “Kockouts” coming later in the season.

You can watch her audition by clicking on the YouTube link. She did extremely well with pride of her local community showing in her interviews shot in and around her homesplace near Ft. Gay, W.VA.

“She started singing in church at three years old, but was often teased about her dream. At 15, her parents decided to homeschool her so she could focus on music and academics. After winning her first big talent competition at 16,” her bio says.

After both Blake Shelton and Kelly Ckarkson turned their chairs a fierce battle between the two coaches for Rachel took place.

Rachel had a hard choice between Clarkson and Shelton in the end she chose Blake Shelton. Who said he just picked the “Season 15 winner!”.

The Lazer almost let the cat out of the bag last week first announcing Rachel had made the Knockouts when scarcely anyone even knew she was on the popular show this season. Rachel was not allowed to tell any of the results or details about what had been recorded. We were just guessing and it came out with super good results. We wish her luck and we will be tuning in Monday and Tuesdays at 8pm on NBC. #teamblake