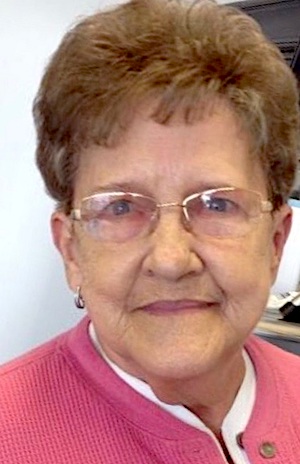 Faye Kitts, 81, of Fort Gay, WV, gained her wings and joined her husband in heaven on September 26, 2018 surrounded by her family at her residence.

Mrs. Kitts was born July 20, 1937 to the late Willard and Elsie Pratt. Faye, a lifelong resident of Fort Gay, WV, was a homemaker. She dedicated her life to the support of her family, which she loved dearly, and to her friends. Faye devoted her life to the Lord at a young age and was a life member of the Rush Branch Church in Fort Gay, WV.

In addition to her parents, she was preceded in death by her husband, Billy Kitts, one sister, Charlene Pratt, and two brothers, Lloyd and James Pratt.

The family would like to give a heartfelt thank you to Hospice of Wayne for their guidance, compassion, and support through Faye’s illness.

Funeral services will be conducted on Saturday, September 25, 2018 at 2pm at Wilson Funeral Home with Revs. Tom Kitts and Travis Perry officiating. Burial will follow in the Wayne Kitts Cemetery on Mill Creek in Fort Gay, WV.

Friends may wisit the family on Friday, September 28, 2018 from 6-9pm at Wilson Funeral Home.

All care and final arrangements for Mrs. Kitts have been entrusted to Wilson Funeral Home.