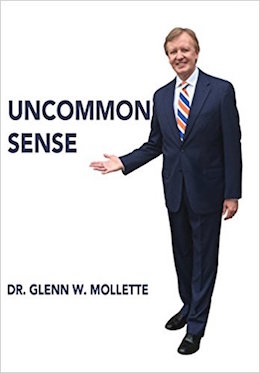 My doctor sent me for a CT scan after I went in to have a couple of lumps in my throat checked out. The lumps were never verified as being anything more than my spit glands. They just felt odd so I wanted them checked out.

The scan revealed I had some nodules in my thyroid. My family doctor sent me to a local endocrinologist who eventually did a fine needle biopsy. The biopsy revealed I had a suspicious nodule. Suspicious means, suspicious of cancer. I got a second opinion and got the same report from another doctor doing the same kind of biopsy. Eventually I had a more extensive biopsy performed which resulted in the same suspicion. The suspicion doesn’t confirm anything but is enough to warrant my doctor’s recommendation to remove my thyroid.

I have had zero problems with my thyroid. I cannot feel or see anything in my neck. My energy levels and weight have been fine. I have felt great. Yet, there is this report from two different doctors that they see something that could become very problematic and the recommendation is surgery.

The first doctor did give me the option of surgery or we could watch it and do occasional biopsies to track the growth of the nodule. I have not heard many success reports of anyone who has simply watched something get worse. A great friend of mine was told by local doctors that they would watch his prostate malignancy. They all watched it as it continued to grow and kill him.

Having surgery does not excite me. I hate the thought. I don’t like the idea of having a surgery that has some potential of harming my vocal chords. I’ve been a speaker for most of my life. I like being able to raise my voice and even yell if I want to. In recent years I have taken back up my hobby of singing. Trust me, I know it’s just a hobby but it’s a hobby I enjoy. If I lost my voice I know I would be a sad guy because I’ve been down just thinking about all of this. However, it could happen.

What happens if I lose my voice or if it’s greatly altered? First I will be royally ticked off. Next I’ll try to deal with what will have to become a different life. I’ve preached sermons and taught and given speeches and used my voice in such ways all my life. God already knows I’ll use whatever He gives me to praise and thank Him for his goodness toward me.

Next, I’ll do what I can. I have a book or two I’m thinking about writing. I’ll work on those books. I started taking fiddle lessons two years ago. Maybe there is a reason I’m playing the fiddle. I don’t need a voice to play the fiddle. Finally, I’ll have a good excuse to avoid talking to some people. I’ll just wave my hand and nod my head to indicate I can’t talk today.

Oh well, who knows what the heck we will have to go through in this life. I have friends who have already undergone heart surgeries and lots of other procedures. We aren’t promised a bed of roses without a few thorns along the way. My first wife went through hell with twelve years of multiple sclerosis. There is no need for me to sulk about losing my thyroid. Hah, who knows maybe I’ll end up with vocal chords that might actually sing on tune or a voice that people will listen to. All in all it doesn’t really matter because whatever we have in health, life and time are gifts from God to be enjoyed and used for Him and to help others along life’s journey. Experiencing life is a gift and that’s a rose I want to smell in some way every day.

Dr. Glenn Mollette is the author of 12 books. His syndicated column is read in all 50 states. Contact him at GMollette@aol.com. Learn more at www.glennmollette.com Like his facebook page at www.facebook.com/glennmollette