Get vaccinated on Kentucky Flu Shot Day, Sept. 26, or by the end of October

A group of health advocates gathered in Frankfort Tuesday to announce a statewide campaign aimed at lessening the impact of seasonal flu in Kentucky.

“Flu activity has already started in some areas of our state,” Louisville physician and KMA President Bruce Scott said in a news release. “Getting your shot is the first and arguably most effective weapon against the flu.”

Last flu season was particularly harsh in Kentucky, sickening more than 10,000 people and resulting in at least 325 deaths, including those of five children, according to the campaign organizers, who are collaborating with state officials, such as Public Health Commissioner Jeffrey Howard. 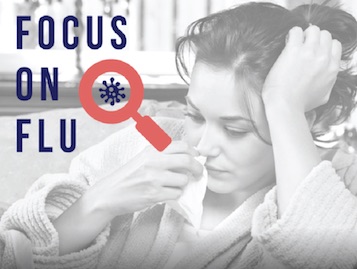 “Last year’s influenza season was one of the worst on record, which underscores the value of this partnership,” Howard said in the release. “Influenza is a disease that can be prevented by vaccination and we encourage Kentuckians to get vaccinated at their health (care) provider’s office, pharmacy, or local health department as soon as vaccines are available.”

The CDC recommends annual flu vaccination for people who are age 6 months or older, preferably by the end of October, which is when flu cases tend to pick up. U.S. flu activity usually peaks between December and February but can last as late as May.

“You should get a flu vaccine before flu begins spreading in your community,” according to the CDC. “It takes about two weeks after vaccination for antibodies that protect against flu to develop in the body.”

The effectiveness of the flu vaccine varies from season to season. During the 2017-2018 flu season, the flu vaccine reduced the overall risk of having to seek medical care at a doctor’s office for flu illness by about 40 percent, according to the CDC, which also notes on its website that “flu vaccines have been updated to better match circulating viruses.”

In addition to promoting vaccination, the Kentucky campaign is urging the public to practice good hygiene, such as frequent hand washing, and to get educated about when to consult a health care provider about the flu.

“Studies show that flu antiviral drugs work best when they’re started within two days of getting sick,” Dr. Brent Wright, associate dean for rural health innovation at the University of Louisville, said in the release. “It is also extremely important to consult your physician if you are at high risk for complications from the flu.”

Those who are more likely to develop flu complications that can lead to hospitalization and death include young children and older adults, pregnant women, nursing home residents and people with certain chronic conditions, such as asthma and diabetes.