MINISTRY THAT OPERATES FOOD BANK FACILITY SAYS THEY LOSE AUTHORITY, NON PROFIT STATUS DUE TO THE MULTIPLE THEFTS; BUT REVEAL THAT NO FOOD WAS TAKEN AT ANY TIME, JUST THINGS LIKE HYGIENE PRODUCTS AND MECHANICAL PARTS 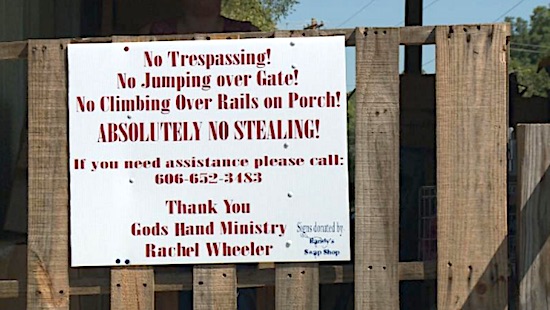 A charity organization that operates in the southeastern part of Lawrence County, is warning that they may have no choice but to close down due to multiple burglaries in recent weeks of items that were donated to be given away for free to those in need. Even though the goods stolen from the facility were only non-perishables, for some reason, no food supplies were taken, as the giving of free meals to the needy is the charity group’s main operation.

Several hundred of people depend on the Lawrence County Food Bank. Not only are the people it serves able to get their next few meals, but they are also given a variety of other items that can save them money.

The God’s Hands of Ministry church, whom operates the Lawrence County Food Bank in Blaine, estimate they give meals to at around 150 families in the area a month.

However, Lawrence County Food Bank Board Member Daniel Castle says a string of burglaries is putting the ability to serve those families in jeopardy.

“We have to use our covered porch area for storage because of limited space inside the building. What’s happening is people are jumping the porch fence and accessing things that are slotted to give away down the road for someone in need,” said Mr. Castle.

The items taken are not highly valuable individually, but the quantity stolen adds up in value. Mr. Castle stated he believes the stolen items were being resold.

“Just recently at end of August, we started out with eight cases of hair dye and right now we have about four and a half cases left. So this has been a hot item as of recently,” said Castle as he displayed a box of hair dye. “In the recent past, we have had an entire pallet. I’m talking a four by four pallet of mechanical c-clamps that disappeared. This was no easy task.” 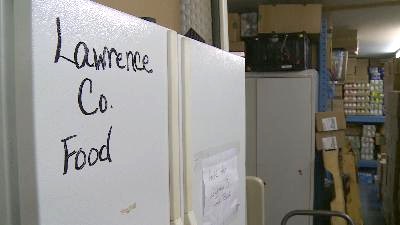 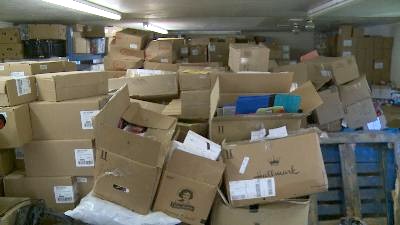 Daniel Castle also said just because the items that are stolen are free does not mean it is not wrong when you take it. He also warned that there could be serious repercussions from the thefts. especially if the stealing continues, in which the consequences in the end would likely be cause the food bank to ultimately close down

“What we are looking at, worse-case scenario, is this becomes a place where we lose our authority to be able to give out items. We lose our non-profit status. Because we don’t have the accountability of all of the items,” Mr. Castle stated.

Castle went on to say the Lawrence County Sheriff Department is now making random stops throughout the day and night to try to put a stop to the thefts at the food bank.