A study released this month by the Kentucky Chamber of Commerce on the state’s bounce back from the recession shows a rebound on par with neighboring states, though Eastern Kentucky has seen little of this growth and the state as a whole still lags behind national averages in key areas — though one economic development specialist says these overall numbers do not tell the full story. 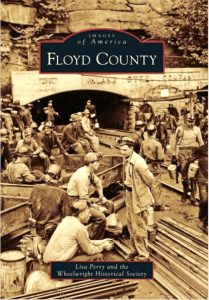 Since the last major recession ended in 2009, Kentucky has seen wages grow overall by 36 percent, and seen a 10 percent growth in job creation, the state Chamber said.

Those optimistic figures have, overall, not reached what they call Kentucky’s “Mountains” region, which includes Johnson County. In this part of the state, wages and available jobs have both dropped. Since 2009, wages here have fallen by 14.1 percent, the only region in Kentucky to see wages actually diminish, and the region has lost 17 percent of its available jobs.

The Mountains region has also lost a significant amount of its population, the report said, though whether this is a cause for the loss of jobs or a reaction to it is not made clear. While the Lexington area grew by more than 30,000 individuals migrating in and 28,000 more births than deaths, the Mountains region lost people both ways, with 23,700 migrating away from the area and 2,339 more deaths than births.

One East Kentucky President and CEO Chuck Sexton said that he understands how some people could look at the report as bleak, but he noted one particular change that makes evident the work groups like his are doing to revitalize Eastern Kentucky’s economy.

“If you look at where that report trails off on some of those numbers toward the end, and nobody points that out, from 2016 to 2017 there was an uptick,” Sexton said.

Indeed, though wages and job growth were in full freefall from 2011 through 2016, as Sexton pointed out, both have started to recover back in the right direction in the gap between 2016 and 2017.

“That correlates with efforts like (Shaping Our Appalachian Region), and like One East Kentucky, and like AEP Kentucky Power,” Sexton said. “We weren’t even in existence until the middle of 2015 and didn’t start recruitment until 2016. We’re still lower than 2009 but that’s why they were formed, to stop the bleeding, and then form a positive impact going forward.”

Sexton said that Kentucky’s neighbor, West Virginia, is in the same boat as far as stagnating wages and jobs, but has more recently taken note of these recovery efforts and may look to partner with, rather than compete against, Eastern Kentucky in the hunt to recruit big industry.

“And of course, it’s about more than recruiting new industry in,” Sexton said. “It’s about growth from inside, and small startups. We have to see all of that combined.”

Sexton said he looks forward to seeing numbers next year from 2017 to 2018, after the recent announcements of job creation by groups like EnerBlu, SilverLiner and Wellcare to Eastern Kentucky.

Paintsville/Johnson County Chamber of Commerce Executive Director Bobby McCool said that Eastern Kentucky has work to do to ready itself for what comes next.

“Economic development essential for east Kentucky, and as we transition we need to make sure we’ve got everything prepared — infrastructure is critical, and that includes roads, water, sewers and technology as well, and included also in that is workforce development, and having a skilled workforce,” McCool said. “It’s that time for us. We love our independence, and that’s great, but we need to work together on this.”

18 YR. OLD ADMITTED TO SLITTING HIS GRANDMOTHER'S THROAT AND STABBING HER MULTIPLE TIMES