A Martin County man will be behind bars for eight years after a hearing Wednesday September 12.

James Aaron Moore, 48, of Lovely, was arrested during an undercover drug investigation in August 2017.

A jury found Moore guilty at his trial last month.

He is being held at the Big Sandy Regional Detention Center in Paintsville until he can be taken to the Kentucky Department of Corrections to be transferred to a state prison to serve his sentence. 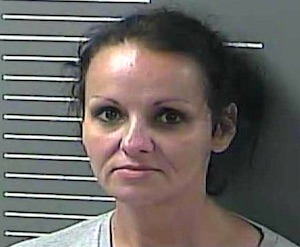 According to a press release report from the Martin County Sheriff’s Department, Social Services workers responded to a complaint that a child was in the care of a woman who was under the influence. The caller who had contacted Social Services also said the child had not eaten for an unspecified amount of time.

Deputies assisted Social Services with the call and they said that they discovered the woman, Carla D. Osborne, 39, of Warfield, showed all of the signs of being intoxicated.

Osborne told both authorities she had smoked meth late the previous night and had not slept.

Osborne reportedly had a three-year-old child with her and Social Services took the toddler into custody.

Carla Osborne was arrested and was charged with • PUBLIC INTOXICATION-CONTROLLED SUBSTANCE (EXCLUDES ALCOHOL), • ENDANGERING THE WELFARE OF A MINOR

She was lodged in the Big Sandy Regional Detention Center in Paintsville Tuesday night, and was released the next day after she posted oout on her bail bond.

HIGHER THAN THE REAR END OF A GIRAFFE!