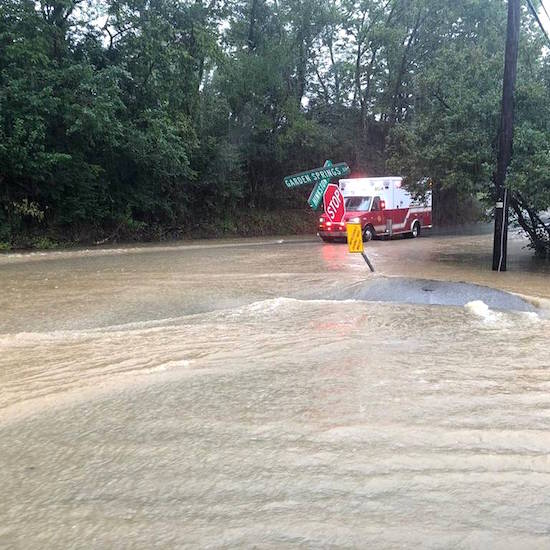 Heavy weekend rain continues to cause issues for many areas of Kentucky Monday after the precipitation subsided.

Areas in Bath, Morgan, Menifee, Fleming and Rowan counties remain under a flood warning until 11 a.m. Monday, according to the National Weather Service.

The flooding caused Montgomery County to declare a state of emergency, according to the Mount Sterling Police Department. The Kentucky Transportation Cabinet reported many roads closed in the county. More than 6 inches of rain fell during the weekend in Mt. Sterling, the National Weather Service reported.

Crews resumed their search Monday morning in Rowan County for an 8-year-old boy who was swept into a culvert by rushing waters, Morehead Mayor Jim Tom Trent said. The boy has been missing since around 3:30 p.m. Sunday when he got caught in flood waters near Morehead Middle School, according to WYMT.