MELISSA MARTIN SEX TRAFFICKING OF CHILDREN IN THE US 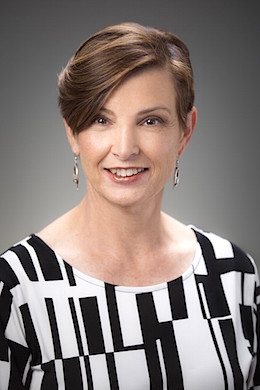 Disgusting. Sickening. Nauseating. Words that try to describe human sex trafficking. Evil. Don’t call these predators animals—because animals don’t sell children for sex and animals don’t pay to have sex with children. We need to speak out about this unspeakable crime against humanity.

The Department of Homeland Security defines human trafficking as “modern-day slavery and involves the use of force, fraud, or coercion to obtain some type of labor or commercial sex act.” www.dhs.gov/blue-campaign/what-human-trafficking.

What Politicians are Doing

Online prostitution and human sex trafficking are being addressed at both the federal and state levels. It’s long overdue.

Recently, President Trump signed the Allow States and Victims to Fight Online Sex Trafficking Act or FOSTA. According to a 2018 article in the Washington Times, “The new law, which was enacted with wide bipartisan support, strengthens the ability of prosecutors to go after websites and Internet companies that knowingly practice or encourage sex trafficking. Websites that once bore no responsibility for their wanton abuse of women, a few men and many children, can now be held accountable. The Communications Decency Act has been duly amended.” www.washingtontimes.com/.

The Trafficking Victims Protection Act of 2000, as amended by the Justice for Victims of Trafficking Act of 2015, defines sex trafficking as “recruiting, harboring, transporting, providing, obtaining, patronizing, or soliciting of an individual through the means of force, fraud, or coercion for the purpose of commercial sex”. www.humantraffickinghotline.org/type-trafficking/sex-trafficking.

Every year 600,000 to 800,000 people are smuggled across international borders. Of those, 80 percent are female and half are children. www.state.gov/. According to federal law, any minor under the age of 18 engaging in commercial sex is a victim of sex trafficking, regardless of the presence of force, fraud, or coercion.

Who are these Monstrous Men?

Former Subway TV commercial icon Jared Fogle was convicted on federal charges in 2015 and 2016 for paying to have sex with children.

“In 2016, police rescued a 12-year-old Texas girl who was held captive in a hotel room in a wealthy suburb of Nashville, Tenn. Authorities said the child, found with bruises and scratches on her face, had been advertised on Backpage.com and sold to sex buyers for a month in the Knoxville, Memphis and Nashville areas,” according to a 2018 article in USA Today.

People can receive help or report a tip of suspected human trafficking by calling the National Human Trafficking Hotline at 1-888-373-7888.

I salute Congress, the President, and federal/state politicians that work together to save human beings from the atrocities of sex slavery.

I salute all the agencies, organizations, and professional helpers for saving and helping victims of sex trafficking.

“We cannot rely upon the silenced to tell us they are suffering.” – Hanan Ashrawi

Melissa Martin, Ph.D, is an author, columnist, educator, and therapist. She lives in Ohio. www.melissamartinchildrensauthor.com. Contact her at melissamcolumnist@gmail.com.

BRIDGE WORK ON US 23 NEAR W.R. CASTLE STARTS MONDAY, SEPTEMBER 10