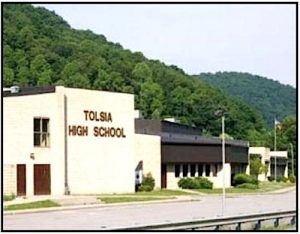 The student’s were called out by name and had to leave the gymnasium in front of all the student body and school staff.

Parents filed complaints with the U.S. Department of Education and along with Mr. Evans started a petition that has more than 2,000 signatures, asking the Board of Education to remove the principal from the school.

Superintendent Todd Alexander said “they will take a close look to see what the issues are and get to the root of the problem.”

Alexander says if the find there was a violation to the Family Educational Rights and Privacy Act, it will be taken care of internally and then come up with an appropriate response.

The Wayne County Board of Education gave this statement by Superintendent Todd Alexander.

“Upon investigating the situation there were HIPPA violations and we will be handling it internally.”

Marcella Charles-Casto while working at the school in 2016 used $2,000 for her wedding in TN. Using the Mingo County Board of Education bank card.

She also admitted to removing school property from the school for her own personal use. She did at sometime return most of the items to the school and admitted to using her position for personal gains, WVAH-TV said this week.

The state’s Ethics commision has fined her $2,000 and ordered Charles-Casto to attend Ethics Act Training.

At this time we are unable to reach The School or Ethics Commision for comments. The Mingo Co. BOE has reprimanded Mrs. Casto.