The Louisa Chapter DAR met on Tuesday, August 28, 2018 in the cafe of the Louisa First Baptist Church. After opening Rituals the Treasurer’s report was given by Evelyn DeBoard and Secretary report by Lynn Courtney.

Several items of interest were on the Agenda. 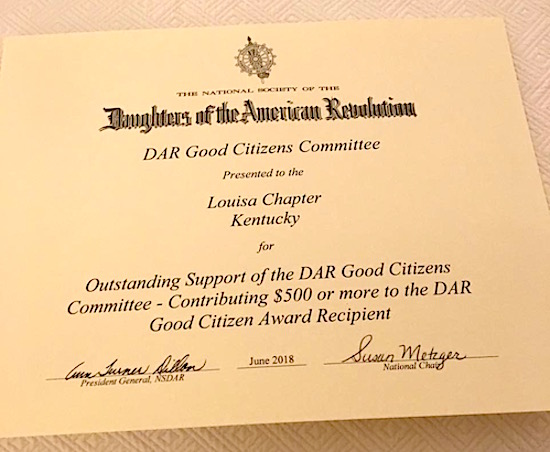 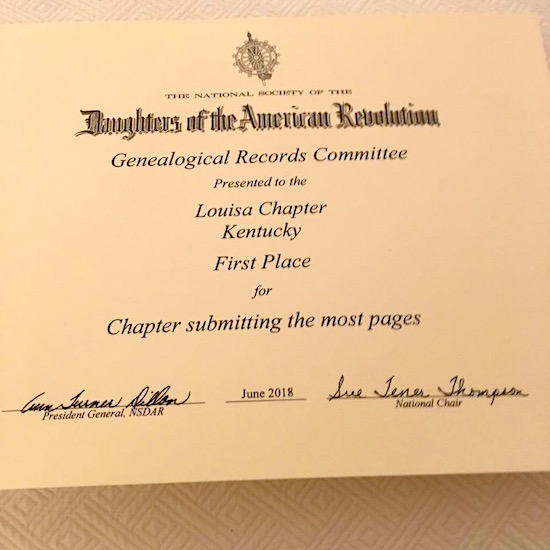 Chaplain Sheila Kensinger offered a prayer in remembrance of the 2,996 victims of September 11, 2001, also known as 9-11, that were attacked by the Islamic terrorist group al-Qaeda in a series of four coordinated attacks.

Deanna Muncy is the Chapter’s newest member and due to her work schedule will be inducted at a later date.

All the officers served as hostesses for the night. Members were treated to hotdogs with Dee’s famous chile, veggie burgers, chicken tenders,chips, potato salad, pasta salad, cole slaw, relish tray and ice cream sandwiches for dessert. And of course everything was fantastic!

Tuesday September 25, 2018 will be the next scheduled meeting date at 6:00 pm in the Cafe of the Louisa First Baptist Church. We encourage all members to attend and bring a friend that is interested in knowing more about the Louisa Chapter DAR and their family genealogy. 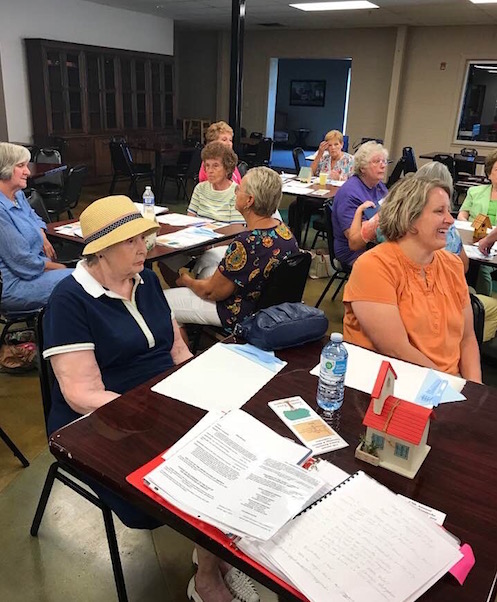 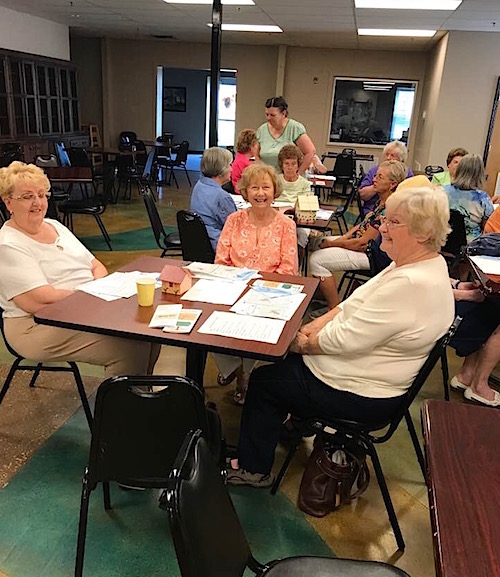 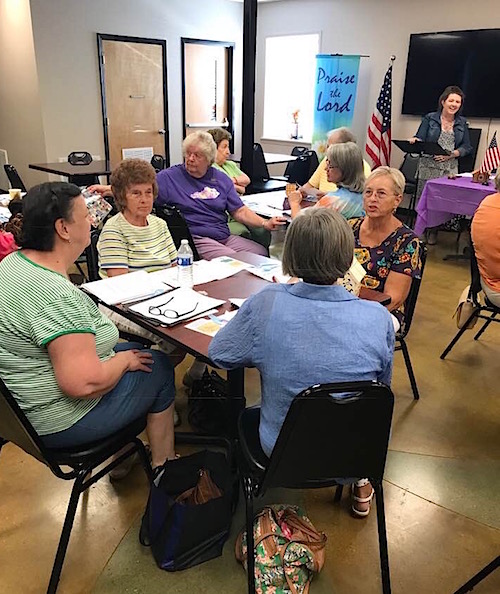