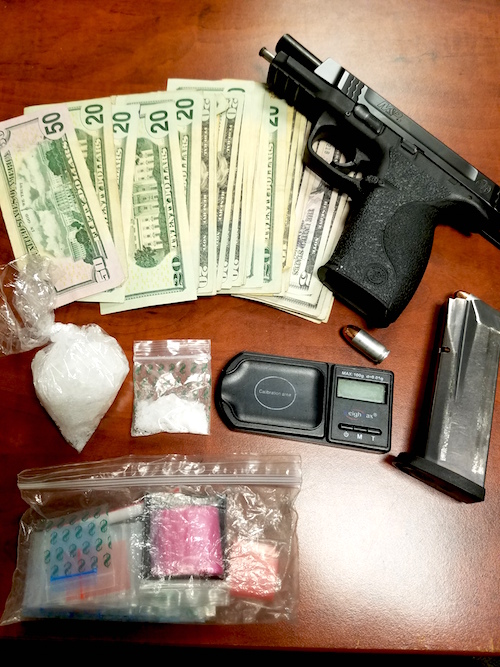 LAVALETTE, W.VA. — On Wednesday night the Wayne County Sheriff’s Drug Enforcement Unit arrested Daryl Bradley, 40, of Wayne, W.Va. during a traffic stop in the Lavalette area after the DEU located a large quantity of Methamphetamine.

Sheriff Thompson said the Drug Enforcement Unit was doing drug interdiction in the Lavalette area when they made a traffic stop on a vehicle Bradley was in. Bradley was arrested after deputies located nearly 50 grams of Crystal Methamphetamine hidden in a compartment in the dash. Sheriff Thompson stated Bradley was also armed with a handgun.

Here are the charges for Daryl Bradley: