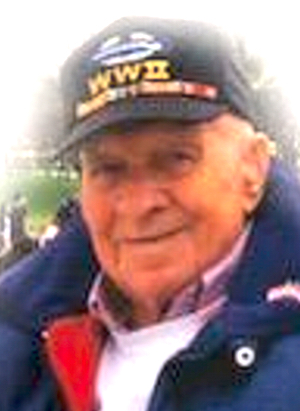 Fred was born Dec. 17, 1921 at Charley, KY.  He was the son of the late Roscoe and Goldie Swann Hayes. In addition to his parents he is preceded in death by his loving wife Janie Scarberry Hayes who died in 1993 and two brothers, Otto and Ray Hayes.

Fred was a retired truck driver for Ashland Oil Inc., he was a member of the Chandlersville F&AM 858; and proudly served in the United States Army during World War II.

Funeral services will be held on Saturday Sept. 8th at 11:00 am at the Wilson Funeral Home with Rev. Willie Gene Hayes and Pastor Chris Wilson officiating. Burial will follow with full military honors in the Hinkle & Scarberry Cemetery Charley, KY.

The family wishes to thank Primrose of Lancaster Ohio and Emileigh from Vitas Hospice for their loving care.