Ky. state officials say they have no immediate way to restore "Kinship Care" 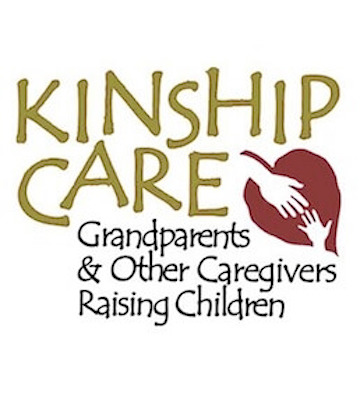 FRANKFORT, Ky. — Despite appeals from thousands of relatives across Kentucky, state officials say they have no immediate way to restore “Kinship Care,” a program that pays grandparents and others caring for young children removed from homes because of abuse or neglect.

While the Cabinet for Health and Family Services is “moving as aggressively as it can” to address such needs, limited money makes it unlikely the cabinet can, for now, lift a 2013 freeze that closed Kinship Care to new applicants, Eric Clark, the state’s top social services official, told a legislative committee Thursday.

“Those funds would have to come from somewhere,” Clark, commissioner of the Department for Community Based Services, told the human resources budget subcommittee.

Meanwhile, a “Kinship” hotline it set up last year to field calls from relatives seeking help caring for children has received about 23,000 calls at a volume of 700 or more a week, officials said.

The agency estimates about 15,000 children would qualify for Kinship Care, which pays relatives $300 per month per child to help with the costs, if it reopened the program. Providing assistance for all those children would cost about $40 million a year, according to the cabinet’s budget presentation Thursday.

And estimates that 15,000 children could benefit “might be a little low,” said Elizabeth Caywood, deputy commissioner.

The news was a disappointment to grandparents such as Vicki Dever, a Bullitt County grandmother. She and her husband, Dickie, are raising six grandchildren on fixed incomes and say they could use the help from Kinship Care — especially when the state is paying foster parents about $25 a day to provide the same service.

Legislators also expressed concern, especially since they had approved about $5 million over the next two budget years to help with Kinship costs.

“I think we all hear from grandparents all the time,” said Sen. Ralph Alvarado, a Winchester Republican, adding their message is “Please, we need some help!”

Rep. Russell Webber, a Shepherdsville Republican and the committee chairman, said he too gets calls.

“I do receive a lot of inquiries from my constituents and folks across the state,” he said.

Webber said after the hearing he was disappointed the state hasn’t been able to restore the Kinship Care program, especially since lawmakers added about $5.1 million to the state budget over the next two years for that purpose, raising hopes among some relatives that money might become available.

Instead, the extra money is going to help pay relatives providing temporary, free foster care under a separate program because of a federal court ruling last year that said Kentucky must pay such relatives the same as they do its own licensed foster parents who take in children removed from homes.

Under that ruling, Kentucky has agreed to pay about 1,000 relatives and is evaluating more claims, Caywood said. Officials project the court-ordered payments will cost about $9 million over the next year.

But critics have said the state is taking too narrow of an interpretation of the court ruling because it is only paying relatives who provide temporary care in cases where the child has never been in foster care or cabinet custody. Some have told the Courier Journal they took the children at the request of state social service officials, who told them the children otherwise would go to foster care, only to learn later that it blocked them from any financial assistance.

Kiimberly Guffy, a Logan County grandmother caring for two young children, said the narrow interpretation is unfair to relatives who seek to keep their children out of the care of strangers.

“Many relatives need foster care payments for these neglected and abused children, and foster payments are the only source the cabinet is currently offering, since they refuse to open Kinship Care,” she said in an email. “This puts relatives in a heart-wrenching dilemma, whether to take the child immediately with no assistance, or let the child go to foster care, risking that the cabinet will no longer consider their home for a placement, and inflicting unnecessary trauma on the child.”

Richard Dawahare, Lexington lawyer who won the original case ordering the cabinet to provide foster care for relatives, has gone back to federal court seeking a court order to clarify whether other such relatives must be paid. That case is pending.