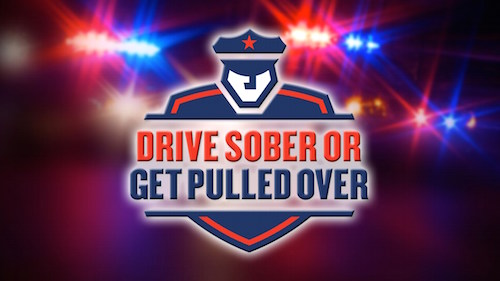 FRANKFORT, Ky. (Aug. 23, 2017) – As the Labor Day weekend approaches, families and friends are making plans to celebrate the end of the summer. Sadly, this festive time has also become a dangerous time for motorists, as many impaired drivers get behind the wheel.

For this reason, the Kentucky Transportation Cabinet’s (KYTC) Office of Highway Safety, the Kentucky State Police (KSP) and local law enforcement agencies are joining officers across the nation for the “Drive Sober or Get Pulled Over” campaign Aug. 17 to Sept. 3.

“With the expected increase in traffic over the Labor Day weekend, we want Kentucky’s roadways to be as safe as possible for the traveling public,” said KYTC Secretary Greg Thomas. “The KYTC’s Office of Highway Safety (KOHS) is raising awareness of the dangers of impaired driving and providing resources to law enforcement to remove impaired drivers off the road.”

The KOHS distributes federal grant money provided by the National Highway Traffic Safety Administration (NHTSA) to increase law enforcement presence during designated holiday periods. According to NHTSA, high-visibility enforcement like the ‘Drive Sober or Get Pulled Over’ campaign reduces impaired driving fatalities by as much as 20 percent.

“While we always patrol for impaired drivers, we’ll have extra Troopers patrolling during this heavily-traveled holiday,” said KSP Sgt. Josh Lawson. “Our message is simple: If you are driving while drugged or drunk, you will be arrested.”

“Our message is not only for drivers of vehicles, but for those who drive motorcycles as well,” said Thomas.

“No matter what you drive, make a plan before the party begins,” said Sgt. Lawson. “Alcohol not only impairs your driving skills – it impairs your judgment – so don’t wait until you’ve been drinking to find a sober ride home.”

Motorists are encouraged to report impaired drivers by safely pulling off the road and calling the Kentucky State Police hotline at 1-800-222-5555.

For more information, visit the “Drive Sober or Get Pulled Over” Campaign Headquarters at https://one.nhtsa.gov/drivesober/

DELINQUENT TAX BILL SALE WILL BE ON SEPTEMBER 26, JOBE SAYS