Pikeville Medical Center announced in June that it had been hit with a financial crisis. This led to the layoff of 99 PMC employees. 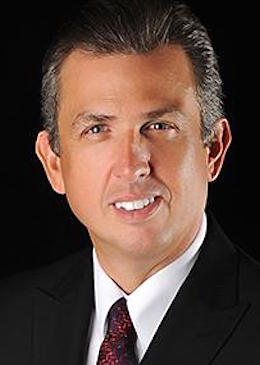 Blackburn said that the term “financial crisis” takes on different meanings when used internally and externally.

Blackburn referred to the problems faced by PMC and hospitals nationwide beginning in 2017, including difficulty of the hospitals to to receive reimbursement by Medicaid, and the former administration of the hospital hiring too many employees in preparation for growth and expansion.

In June, after PMC laid off 99 employees, Blackburn told this newspaper that PMC turned its largest profit in 2016 and lost money in 2017.

“I don’t want to blame it on the previous administration, but it all happened during the previous administration. We lost our entire oncology department. We lost a big part of our cardiology department. We lost endocrinology. We lost rheumatology, and several other service lines also,” said Blackburn. “So, by the loss of those service lines, if you don’t have, for example, a rheumatologist, somebody here for arthritis … then you force our patients who were coming here to go to Lexington. We obviously would see a decrease in volume by that.”

Blackburn said that even though those specialty doctors were gone, the support staff for those departments were still present. He said keeping those support staff employees created an internal crisis.

A series of decisions

Blackburn said the hospital had too many employees and some “tough” decisions had to be made.

“We looked at the financial position — we’re losing money,” he said. “Our volumes have dropped, we’re closing in on a bond-covenant issue, some tough decisions had to be made internally.”

The first decision, according to Blackburn, was to reduce the number of hospital staff, to downsize the departments that were overstaffed. He said there were about 3,100 employees — before the layoff in June. He said that now, that number is close to 3,000.

“The decision was made to downsize by 99 employees,” he said. “93 percent of those employees were non-clinical. The intent was not to interfere whatsoever with patient quality and patient satisfaction, to ensure that we meet our mission statement and, we’ve continued to provide the very best quality of care in the industry.”

Blackburn said PMC had some departments which were “too heavy” on employees. Some of those departments included: Maintenance, public relations and physician and employee recruiting.

The second decision was to continue making investments with low-interest, USDA funds in areas throughout the hospital, including the hospital’s catheterization laboratory (cath lab).

“The cath lab is a state-of-the-art facility. Nobody else in the area has them,” said Blackburn.

Another recent investment included the opening of the hospital’s Corner Market, which provides patients and visitors with items they may need during their stay such as hygiene products.

Another area where investments have been made in the last seven months, according to Blackburn, was the hiring of physicians. He said more oncologists have been hired which, in turn, leads to more support staff being needed. Additionally, rheumatologists, cardiologists, endocrinologists and other specialty doctors have been hired at PMC over the past several months.

“Two things have now started happening,” said Blackburn. “By bringing in these specialties and sub specialties, we’ve got all of those patients we lost now coming back in groves.”

In addition to patients returning, Blackburn said new patients are coming to PMC due to an aggressive marketing campaign recently developed.

Blackburn said the decisions that the administration and the hospital’s board of directors have made in the recent past led to the hospital operating “in the black” last month. He said that came during a month that was traditionally seen as a slower month for the hospital.

Blackburn said PMC’s daily census has grown from this time last year. He said the number of estimated daily patients has risen between 50 to 55.