Addiction Recovery Care (ARC), headquartered in our very own Louisa, KY, is leading the way in all of Appalachia when it comes to combining comprehensive drug treatment with job training. Last week ARC reached a huge milestone by hiring its 400th employee – with over 100 of those jobs being right here in Lawrence County!

200 of ARC’s 400 employees are in recovery from addiction/alcoholism, making ARC one of the most innovative and successful “second chance employers” in the nation.

Leanna Murphy is 33 years old and from the greater Cincinnati area. She struggled with addiction and alcoholism for roughly 15 years.

At the age of 17, she had her parents sign a waiver so she could join the United States Marine Corp. She joined the Marine Corp so that she could start over. Her home life had become full of chaos and turmoil. This was her chance to make her parents proud.

She flourished as a Marine and received honors and awards. She served as an engineer and land surveyor. About 18 months into her enlistment her casual drinking turned into alcoholism. It eventually stripped every ounce of pride she had – piece by piece. Unfortunately, she was discharged from the Marines because of her alcoholism. This started a further downward spiral and ripped away any self-confidence that she had.

Drinking and drugs became a central part of her life over the next 10 years. At 26, God allowed her to become a mother. She had wonderful plans for her child’s life and she was now ready to be that soccer mom she always dreamed of.

Fast forward 6 years: she had been arrested 20 times, felt like a failure at motherhood, and began to lose relationships. Her addiction prevented her from keeping a job. She had many attempts to become successful: She would have good jobs, then get fired. She attempted college twice, but she failed out within months both times. Her life had become everything she never wanted. 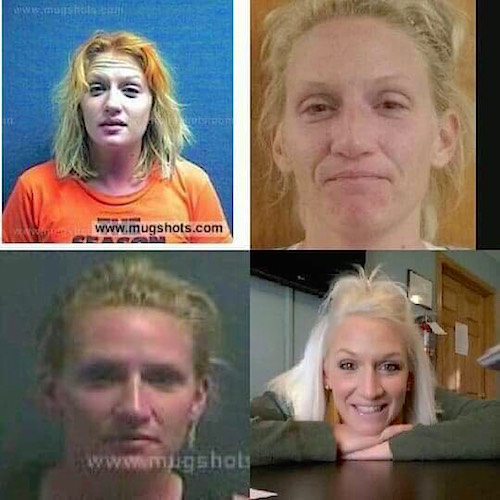 A year ago, Leanna totaled her vehicle and woke up in jail. While in jail, she finally felt that “sick and tired kind of desperation” she had always heard of. It was in the jail cell that God spoke to her. She realized that even if everyone else in the world hated her, God still loved her.

She arrived at Karen’s Place on August 27, 2017. She was three hours from home and still in denial about her addiction. She only planned to stay for 30 days, and not a day more. But when Leanna opened up, she made a huge discovery: She was 33 and didn’t know who she was. It was a scary feeling for her not to know her true self. God began to work miracles on that mountain. She started to allow God to rebuild her from the inside out. God restored her joy and her heart turned from cold to warm.

Darkness entered her life again while in treatment at Karen’s Place: Her brother committed suicide during her stay. That was the hardest thing she ever faced. But Leanna realized God was protecting her. If she wasn’t in Karen’s Place at this time, she knows she would have relapsed hard enough to die.

Today, Leanna is 411 days clean and sober.  She is a recent graduate of Karen’s Place and the Peer Support Specialist Academy offered through a partnership between ARC and Sullivan University. She is now a FULL TIME EMPLOYEE at ARC, working as Residential Staff and Peer Support Specialist at Karen’s Place, where her treatment journey first began. Leanna now shares her experience, strength, and hope to help others walk out of the hell of addiction. She wants to gain experience and eventually obtain a leadership position within ARC.  She is now a resident of Louisa and has placed a down payment on an apartment! She loves that she can now be a productive, taxpaying member of society. 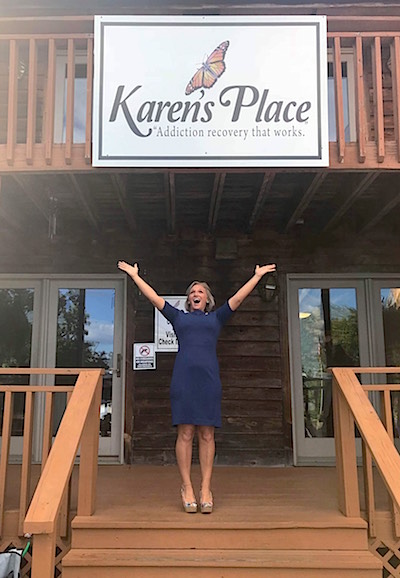 When asked, “what does this small town of Louisa mean to you?”, Leanna responded, “Louisa is where my foundation starts. I feel so safe and welcome here. It’s a fresh start with new friends, new beginnings, a new family and a new me!”

When asked “why second chances are so important?”, she replied, “A second chance can come at any moment in your life. Without someone believing in me, I would have left this Earth without knowing my true purpose. There is so much goodness inside each person, some people like myself need another chance in life to find it. I am now walking in my purpose and have discovered my God-given destiny!”

SEPTEMBERFEST LACED WITH LOCAL AND REGIONAL TALENT THIS YEAR