Heston will be only choice on November ballot for Coroner 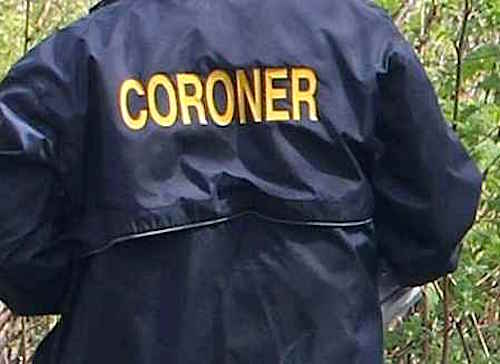 LOUISA, Ky. — The Republican candidate for Lawrence County Coroner dropped out of the race this morning according the Lawrence Co. Clerk Chris Jobe.

Jarrett Hammond withdrew his name today on the last day a candidate can withdraw and have his/her name taken off the ballot for the Nov. 6. election. Jobe said Hammond explained that his work schedule would not permit him to be available at all times as Lawrence Co. Coroner.

Jobe also said that Democrat Wes Heston will be the only choice on the ballot for Coroner because of election rules for the type of office in question.

“The rules do not allow the (Republican) party to choose a replacement in this case as it does in some other offices,” Jobe said. “There could be someone run as a write-in candidate but that’s where it is now.”

Hammond said in a Facebook statement that it is “unfortunate” that he had to drop out at the last minute.

“Due to unfortunate recent circumstances beyond my control as of this evening (Monday, August 27, 2018) I officially withdraw from the candidacy of Republican candidate for Lawrence Co., Ky Coroner.

“I ask you all to consider the Republican write in candidate, Jessica Perry, for the position of county coroner,” Hammond wrote.”

But Jobe said Ms. Perry is not eligible to run as a write-in.

KRS.117.165 Section 1 says a candidate who loses a Primary election cannot register as a write-in candidate for the same office, Jobe said. “So Ms. Perry can’t run as a write-in in the November 6 election.”

Long time LC Coroner Mike Wilson chose not to seek reelection this year after five terms in the position. He said he will miss the job but thinks it was a necessary move.

“A lot has happened in the 20 years I’ve been here and things have changed,” Wilson said. “The coroners office has so many drug related deaths to investigate it takes a lot more time.”

Wilson said he is especially proud of the fact that he hasn’t tried to influence anyone in all his 20 years as Coroner on which funeral home was called in death cases.

It takes a lot of training these days to be a coroner so Mr. Heston has his work cut out for him,” Wilson said. “And there is going to have to be more funding to keep a coroner’s office running as it should.”