GROWING UP IN LOUISA: This Time of Year, Back Then…

This Time of Year, Back Then…

Wait for it! Wait – Wait! Can you feel it? Summer is about to slip away. Next week I’ll be writing about Labor Day, so this is the time to wind up the last of the summer goals for another successful season. Make it happen!

My mind wanders, a family trait, and takes me back to my last summer as a rising senior at good ole LHS. This was a time as a teen that I would sit quietly on the porch swing and let my summer memories run amok.  Most of those memories were good, perhaps because I would censor out the bad. But even while I was basking in vivid memories of baseball, going swimming or fishing, or the good times my classmates and I had at camp, I was feeling a little anxious about what may lie ahead. It wasn’t that I was worried, but just a little unsure of what might follow in the next school year. After all, I’d never been a senior before and this was going to be my final year with all my friends. What might come next? 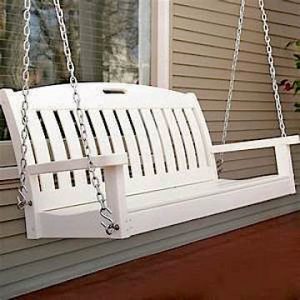 The things that go through a teenager’s mind are wonderful only to the teen, but maybe the meaning escapes for a later year when needed on the doctor’s couch. The analyst will know. For us lay people original thought can be entertaining, but I’m not convinced that understanding the underlying motivation of the thought has a useful purpose.

Looking back from this vantage point reminds me that I did after all live through those times. I have forgotten a lot, but some dancing images of ghosts past have a habit of popping up. I suppose I’m not ready to be locked up in that proverbial padded cell that I might yet frolic with my memories. I will relate a few for your judgement on this issue.

My thoughts as I share them may be out of order, or seemingly random, and have only fragments of truth, but I will relate them nonetheless. Denying them would serve no useful purpose and it would leave the reader to find other fodder on which to reckon. By archiving them we might use them over the years ahead, perhaps when stuck sitting in a bus or train station with no book to read, or maybe an airport far from the planned destination. Those times can be grueling. With my trusty memory bank I am equipped to deal with that. Memories of the week just ahead of Labor Day will tide me over.

Friday nights in the fall for me meant watching our good Bulldogs play football. Later, I would lead the band out on the field for a half-time show. That would be a new experience for me during my senior year. Oh, I had the drills down alright and the uniform fit in spite of its age and the many alterations made for former drum majors of various sizes and shapes. As for me, my shape was easy. It was long and straight. Of course, I had mental pictures of some roughnecks taunting me from the sidelines with all kinds of insinuations, but I vowed to be prepared to defend myself if it came to that. Besides, I knew Bernard would be there, the band director, and the other teachers who were required to attend and work the ticket booth. I was also assured I had friends enough to come to my rescue, if needed. That worry really wasn’t resting heavily on my mind, but it did appear for a fleeting moment.

It was my senior year and I found myself surprisingly dating one of my classmates. I didn’t see what she saw in me. The poor girl either had bad taste in boys, or I was the dredges and she lacked confidence she could do better. In the end, she did do better. My loss. I was actually shocked that she would be seen with me. My problem was I didn’t have any training in how to interface with the fairer sex and there was a shortage of role models to emulate. I would surely make serious social mistakes. Sure enough, it turned out that I did. Sorry.

The weather was already getting cooler than it was only a week ago. That chill meant I would not have lawns to mow. Raking leaves would be next. I loved the smell of burning leaves, but the clouds of smoke would invariably get into my eyes. Tears would flow that had little to do with emotions and everything to do with burning pain. Fall would surely bring that on again.

With school starting back up I knew I would see friends from out of town that I had missed all summer. I hadn’t seen good ole Delbert for weeks, or Duck Roberts for that matter. I had seen several out-of-towners at band camp and occasionally at the Garden Theater, or at Dee’s Drive In. There were also the Fallsburg kids who hung out thickly together. My friend Billy Elkins married one of them, a sweet Clara Jones, still a dear friend I so enjoy visiting. Another bunch was from Webville while others yet were from Buchannon, and some from Lomansville. I guess it is natural if you grow up with someone that they will become lifelong friends. Take Johnny Bill and Billy Elkins. They are ‘forever’ friends. Harry Richard ranked there, too, and so did Creep Chandler. There were those I really, really liked, and some I either didn’t know as well, or I knew all too well. That comes with life, I guess. Because I knew they were friends, I didn’t worry long in this mode of thought.

Looking back on the summer I remembered a day trip to Dreamland and another to Camden Park. I went to Huntington a few times, usually to visit a cousin. I had spent some time alone on town hill and had ridden my bike all around the country side. I had memories of a few movies I’d seen. I even remember a fun day where my friends and I were just drinking pop and eating moon pies. We learned to take a nickel bag of peanuts and funnel them into our bottled coke. It would fizz when the salt hit the liquid, but when we turned the bottle up and got a mouthful of nuts and drink, it tasted so good on a hot day. With fall coming, it would soon be time to enjoy hot chocolate or cider. 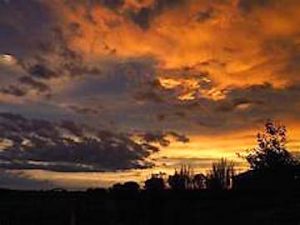 I entertained the thought that harvest for my farmer friends was upon us. Sorghum would be ground to go on hot biscuits. My cousins and many of my friends were putting up hay for the upcoming winter. Some had mined a big pile of coal for burning in a furnace, while others had split wood and stacked it under the lean-to to insure it was kept dry. My town home used natural gas for the little heating it supplied. Pulling my shirt up and tucking it in at the thought of cold weather, I kept swinging on the porch.

I thought almost out loud that the ladies would still be canning and farmers would be soon dressing the pork and making sausage. Hunting season would bring venison for some, but I’d be lucky to catch a rabbit even if it had two broken legs. The reader might guess I wasn’t too swift in multiple ways.

When I turned on the swing to straighten out my jeans, I could hear some music down the street. I guessed it was coming from Merrill Stevens or maybe one of his family, instead. I had already practiced playing my baritone for the day. My neighbors, Wanda and Elizabeth Thompson had already practiced, too.

An uneasy feeling arose and made me wonder the time. If I had a watch, I’d like to know if suppertime was near, because as usual, I could hear echoes of my stomach growling. I vowed to listen closely should the call to dinner be made. I would not want to be late. 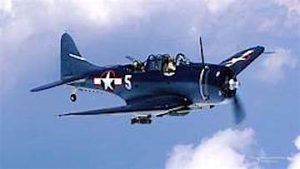 As I allowed my mind to drift further, I thought of myself as a civil war hero. But with my roving mental state it wasn’t long before I was fighting WWII in France. One moment I was a foot solider trying to transverse a French hedgerow, then a minute later I was a fighter pilot looking to ambush some poor German pilot near Germany’s boarder. I flew my fighter up into the clouds and climbed until the bright sun blocked the enemy’s view as I dived steeply toward him. “Too late!” Tracer bullets from the German’s wingman found me and sent me limping home to crash land. I would survive, lest I would come up short on memories for this article. Such is this time of year when one sits on a porch swing.

Back to school sales are featuring sweaters with delicious fall colors. Wearing this would help me fade into the trees in their bright orange, yellow, and red hues. Wait! Too hot still to think about wearing wool, silly. Relax. The summer hasn’t left yet. I still have a whole week, but then, what is a week?

My mind traveled to the grade school at the foot of town hill. A teacher was decorating her school room in hopes of pleasing a new class of students. Across town someone else was starting up a bus and cleaning it out. The janitors were oiling the floors and foodstuff was being ordered for the cafeteria. Businesses were approving back-to-school ads and loading the counters with all that would be needed. Parents were counting the pennies and looking over the status of their kid’s shoes, pants, and shirts. Paper & pencils, a ruler, and a protractor was required so money had to be found. We didn’t know anything about computers so we had to do it the hard way. Well, at least some of us tried.

I think I’ll finally get off this swing and wander inside. Maybe someone is doing something. I might be at least be able to help or watch them in action. It was possible that mom was making something good in the kitchen. With luck I could sneak a taste. No? Well then, maybe I will have time to write something for Labor Day. Who knows? It’s only a week away.