The Mountains No Longer Protect Us

The Mountains No Longer Protect Us 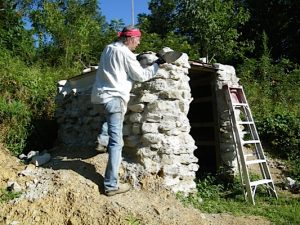 “To be born into these mountains is to be born into the shelter of a third parent.” This of course is a mere sentiment expressing love for the mountains, which I once put in a novel. But do the hills in actuality protect us from anything like a parent does? In the past we all assumed they did, but today we can no longer hold steadfast to that assumption. The reason being, we are now beset by something we never had to fear before—tornados

Two have touched down in Lawrence County and one in Paintsville, not to mention the disaster in West Liberty. There is also the little-known one that circled the hillsides of Morehead several years ago.

Where are they coming from and why now? They are of course spawned by intense thunderstorms, and the eastern part of the nation has had more than its share of rain this year causing widespread destructive flooding. So, what’s to blame—global warming? Perhaps, but aside from that there are other theories that also need to be considered.

One such theory says it is the Chinese. Remember cloud seeding back in the 1960s? Since weather moves from west to east it is claimed that the Chinese have perfected a technique by which they can seed clouds that will burst with flooding rains as soon as they approach Middle-America (while leaving the West dry to be consumed by wildfires). A source for this also claims the National Weather Service is “looking into this,” but they don’t want the public to know. This all seems outlandish but with all the advances in science nowadays, one must stop and wonder—at least for a moment.

Another theory, mostly put forth by the evangelical community, is that all this destructive weather is God’s punishment on us for homosexuality and gay marriage. Of course, there is a precedent for this in the book of Genesis, in which the Lord destroyed Sodom and Gomorra. But would He now want to destroy an entire nation simply because of someone’s sexual preference? One cannot rule this out.

These same people also claim God got Trump elected president (not the Russians). If so, a very compelling argument can be made to the effect that Trump is in collusion with God. Trump pulled us out of the Paris Climate Accord and has all but turned the EPA against itself. He also threatens our future generation, for he has already proven that he has absolutely no compassion for innocent children (Mexican Border).. It appears to this writer that the Lord couldn’t have enlisted a better agent on earth to help destroy us (simply because of the estimated ten percent of our population who are gay). Why else has he convinced his base that they are the only minority that matters?

Hopefully, the few tornados we have had thus far prove to be rare occurrences indeed. Less we become much like Oklahoma where nearly everyone has a tornado shelter or knows someone who does. All we can do for now is watch Doppler radar and heed the advice of Ralph Waldo Emerson—be self-reliant. The shelter pictured for this article is simply based on old-time root cellars one occasionally sees around the countryside. With a little work you too can be safe rather than sorry—or dead.