TEACHERS IN KENTUCKY NO LONGER HAVE TO OBTAIN MASTER’S DEGREE

Ky. Department of Education officials said the move will provide districts with greater flexibility and help with recruiting and retaining teachers 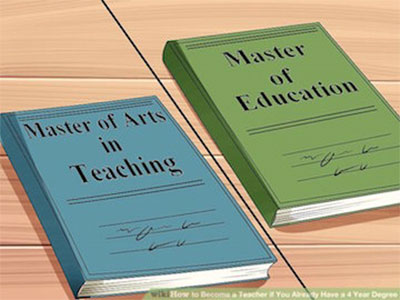 “During a time when we are supposed to be encouraging students to think of themselves as college and career ready, even beginning in kindergarten, it seems counterintuitive that our certifying authority would publicly state that it sees no value in having teachers earn an advanced degree,” Kentucky Education Association President Stephanie Winkler said after the change.

Teachers in Kentucky no longer have to obtain an advanced degree under a decision made Monday by Kentucky’s Education Professional Standards Board, the state entity that oversees educator preparation and certification. Bevin put the formerly independent board under the control of the state education department earlier this month.

Kentucky teachers advance through their careers — and get more pay — by obtaining additional training and education.

Most Kentucky teachers earn higher Rank II designation by completing a standards board approved master’s degree program or obtaining other national certification, Kentucky Board of Education officials said. Before Monday’s action, Kentucky educators were required to obtain Rank II by the second renewal of their five-year professional certificate.

Wayne Lewis, interim commissioner of the Kentucky Department of Education and the new executive secretary of the standards board , said the change was a positive step.

“While many teachers will continue to pursue Rank II with either a master’s degree or through a continuing education option, they will now be permitted to make the choice to do so and to pursue that advancement on their own personal and professional timelines,” Lewis said.

But Winkler said, the rollback of the master’s degree requirement “based on the recommendation of a political appointee, proves what we all know: elections have consequences. Educators across the state will remember in November.”

The teachers’ group and the Republican governor frequently have been at odds for months over several issues, including teachers holding mass rallies at the Capitol over pensions and education funding.

Winkler said Kentucky is among a minority of states that require teachers to have advanced degrees.

Although obtaining a master’s degree during the first five years of teaching is a significant investment, she said, Kentucky teachers have always felt a sense of pride because all students in Kentucky are taught by highly qualified professionals.

“It certainly is undisputed that teachers are one of the more influential role models for students. Part of that modeling is respecting education for its own sake,” she said.

Kentucky Department of Education officials said the move will provide districts with greater flexibility and help with recruiting and retaining teachers. The vote came after a recommendation of a board committee that reviewed expanding options for achieving Rank II. The committee included people representing both public and private higher education, school district administrators and teachers.

Monday was the first regular meeting of the standards board since Bevin’s executive order.

“The board retains the authority that it previously had. It is the entity entrusted with promulgating regulations for teacher certification and educator preparation,” said Lewis. The education department “now provides the staff function. It is more in line with what is happening across the country. I look forward to continuing to work with this board, and with teachers so that we can ensure that every student in the commonwealth has access to a high quality teacher.”