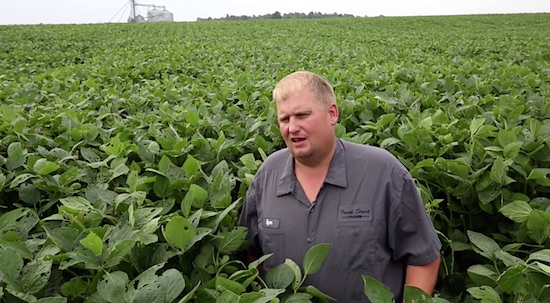 In a tweet last month, President Donald Trump exulted that “tariffs are the greatest!” “Either a country which has treated the United States unfairly on Trade negotiates a fair deal, or it gets hit with Tariffs,” he said. “It’s as simple as that. … All will be Great!”

But don’t tell that to Ryan Bivens and his wife Misty, who grow soybeans on 3,000 acres in Kentucky’s LaRue and Hardin counties. They stand to lose as much as $400,000 this year as a result of the tit-for-tat trade war in which China, responding to U.S. tariffs on steel and aluminum, has retaliated with levies of its own on $44.9 billion worth of U.S. goods – including soybeans.