SMALL TOWN OF MUSCLE SHOALS MADE ARETHA ‘QUEEN OF SOUL’ 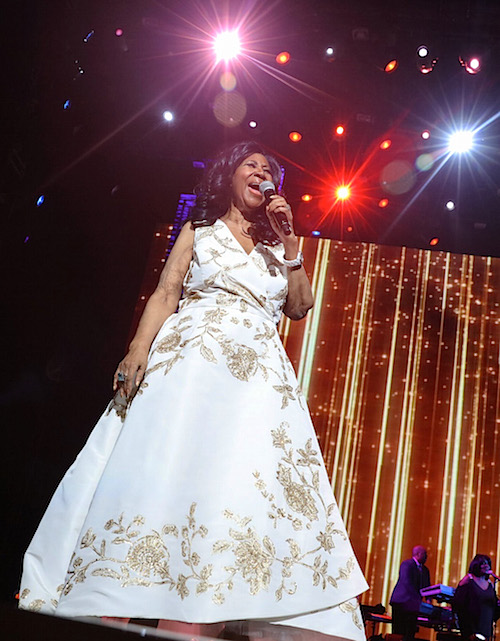 Aretha Franklin, who died this week at 76 of pancreatic neuroendocrine cancer, may have been the greatest singer we ever heard. But in the music trade, talent does not guarantee success. You need good evaluators, collaborators and promoters. And she got the collaborators she needed in the small town of Muscle Shoals, Alabama, then less than 7,000 souls and now about 14,000. It was the career “pivot point” that sent her to stardom, says The New York Times:

“Jerry Wexler, the producer who brought Ms. Franklin to Atlantic [Records], persuaded her to record in the South. Ms. Franklin spent one night in January 1967 at Fame Studios in Muscle Shoals, Ala., recording with the Muscle Shoals Rhythm Section, the backup band behind dozens of 1960s soul hits. Ms. Franklin shaped the arrangements and played piano herself, as she had rarely done in the studio since her first gospel recordings,” Jon Pareles writes. “The new songs were rooted in blues and gospel. And the combination finally ignited the passion in Ms. Franklin’s voice, the spirit that was only glimpsed in many of her Columbia recordings.” Franklin was born in Memphis and was living in Detroit.

“The Muscle Shoals session broke down, with just one song complete and another half-finished, in a drunken dispute between a trumpet player” and Franklin’s husband, Ted White, whom she would divorce two years later, Pareles writes. “But when the song completed in that session, ‘I Never Loved a Man (the Way I Love You),’ was released as a single, it reached No. 1 on the R&B charts and No. 9 on the pop charts, eventually selling more than a million copies. Some of the Muscle Shoals musicians came north to complete the album in New York. And with that album, I Never Loved a Man the Way I Love You, the supper-club singer of Ms. Franklin’s Columbia [Records] years made way for the “Queen of Soul.”

For The Bitter Southerner, Chuck Reece recounts the Muscle Shoals sessions with the help of David Hood and Spooner Oldham, two of the musicians (all of whom were white). “Coming to Muscle Shoals probably resonated the Southern experience in her brain, even though she had been gone forever,” Oldham said. “And then, when she was allowed to turn loose with all that Southern expression, we just played our hearts out, because we were used to that stuff.”

Poynter Institute writing guru Roy Peter Clark recalls how Franklin helped him understand, as a musician and a young writer, “the rhythm of sentences and the voice of the writer,” and how an artist can take over a song, just as Franklin seized Otis Redding’s “Respect,” much as Redding had turned the 1933 Bing Crosby standard “Try a Little Tenderness” into a whole ‘nother thing: “The same text can be delivered to different audiences at the same time with different effects.”