As the 11 p.m. Saturday deadline to comment on the state’s Kentucky HEALTH program draws near, scores of people — for and against it — have made their opinions known online. 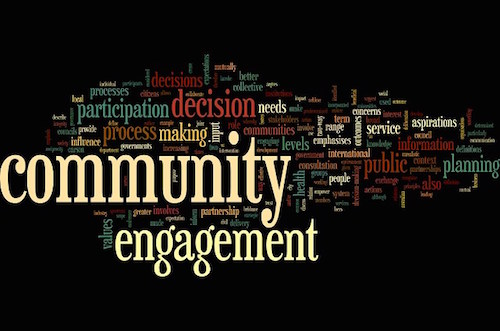 The U.S. Centers for Medicare & Medicaid Services announced July 19 that it was opening a 30-day comment period on Gov. Matt Bevin’s plan to implement a Medicaid demonstration project that includes a work or “community engagement” requirement for those “able-bodied” recipients who do not have an exemption.

Since then, the request for feedback has been answered more than 9,000 times on Medicaid.gov by a variety of people, including Medicaid recipients, physicians, politicians like Congressman John Yarmuth and interested groups from both inside and outside Kentucky.

How fruitful the exercise will be is unknown. Quoting U.S. Health and Human Services Secretary Alex M. Azar II, The New York Times recently reported that the federal government continues to embrace work requirements despite an unfavorable ruling on Kentucky’s program this summer.

However, a longtime health advocate, Sheila Schuster, told Insider Louisville that it’s still important for the public to file their comments about the Section 1115 Medicaid waiver as 95,000 or more Kentuckians could lose their health coverage if Kentucky HEALTH is allowed to go forward.

“We’re very concerned about the complexity of the waiver and how difficult it will make it for people to meet all those requirements,” said Schuster, executive director of the Advocacy Action Network in Kentucky. Many Medicaid recipients already work, go to school or serve as caretakers, but “they’ve got to remember to check in” regularly with the state despite barriers, such as limited internet access.

The Trump administration approved the waiver in January, but a group of Medicaid recipients filed a lawsuit that led to a federal judge’s ruling June 29 that stopped the program’s intended July 1 launch.

U.S. District Judge James Boasberg kicked the program back to the U.S. Department of Health and Human Services for further review, saying, “the Secretary (Azar) never adequately considered whether Kentucky HEALTH would in fact help the state furnish medical assistance to its citizens, a central objective of Medicaid.”

He also called the approval “arbitrary and capricious” and referred to public input from a previous comment period, noting that commenters had “put the Secretary on notice that the Act might well reduce health coverage for low-income people.”

In announcing the new comment period, the federal government noted that “although an additional public comment period is not legally required, CMS is conducting one to ensure that interested stakeholders have an opportunity to comment on the issue raised in the litigation and in the court’s decision.”

Jill Hunter, who’s serving as the Kentucky’s Medicaid commissioner, said she’s unsure how quickly the state will hear back from CMS. As for whether the waiver will be approved, she said: “I’m not in a position to be pretty confident or not confident. I know that we’re ready; just let us know when it’s time.”

Here’s a look at some of the comments posted, so far, online. Some have been lightly edited or shortened:

OPPOSED TO THE WAIVER “The Kentucky HEALTH application states as its chief aim, in its first pages, as decreasing the number of Kentuckians receiving Medicaid benefits. The waiver application sees health insurance for poor Kentuckians as an a priori harm and bases this claim on debunked myths about Medicaid expansion, which is largely paid for by the Federal government and which is associated in many studies with job expansion in participating states. This perverted aim, based on economic myth, drives the baffling choices in the rest of the waiver application — from decreasing the number of eligible Kentuckians, to restructuring the plan based on high deductibles (shown time and again to be a barrier to care), to decreasing benefits, to making eligibility dependent on work requirements that have not been shown to promote health. The ‘My Rewards’ accounts are infantilizing and insulting, showing just how little CMS or the government of the Commonwealth understands the health needs of Kentucky’s citizens.”

SUPPORTS THE WAIVER “I think Kentucky should be allowed to institute work requirements and any other requirements for Medicaid recipients they deem necessary. As a provider in Kentucky, I see Medicaid recipients everyday who are abusing the system by qualifying for benefits when they really should not. Our current system has become a lifestyle instead of a helping hand. I have to work to pay for my extremely expensive health care I can’t find a reason that an able bodied person should not have to show some effort for their free health care.”

OPPOSED “As a physician specializing in pediatric hospital medicine, I strongly oppose these discriminatory ‘work requirements.’ Caregivers for chronically ill children with complex medical needs must also have access to health care. Most constituents who are at risk of losing Medicaid are already working one or more jobs. This is simply punishing the poor and vulnerable to attempt to pay for the trillion-dollar deficit from the GOP’s tax cut.”

SUPPORTS “I support Mr. Bevin’s plan to require these able bodied folks to strive to work or volunteer a minimum of 20 hours per week. 20 hours is a basic minimum requirement and he is only asking these individuals to add value to society and their community to receive these services. It seems like such common sense to ask people who are physically and mentally able to work and/or volunteer to do so to be eligible to receive Medicaid. I’m at a loss to come up with any reasonable explanation on why these individuals or anyone else would disagree with this requirement. I believe many of the folks eligible for Medicaid will welcome the opportunity to work or volunteer with this plan. Thank you.”

OPPOSED “The government should not set unreasonable requirements to determine who is worthy of Medicaid. Work requirements detract from Medicaid’s mission to provide health insurance to less fortunate citizens. The ‘My Rewards’ accounts videos and quizzes are insulting, showing just how little CMS or the government of Kentucky think of Medicaid recipients in Kentucky.”

SUPPORTS “I have read Gov. Bevin’s application letter which addresses concerns of the cost resulting from expanding Medicaid services to individuals who are in need of health care. As a taxpayer, who does not have dental or vision insurance because it is too costly for my budget, (I) find it highly insulting that we are asked to pay for others to have those services and not require that they, in some way, bear some responsibility for their needs. The waiver, which asks payment in the form of ‘rewards’ by either making a small monetary contribution, volunteer, and/or provide evidence that the recipient is working toward a healthy lifestyle (i.e. not smoking, exercising, not using drugs, following doctor recommendations) is not only a sound, but a fair requirement. We all need to understand that responsibility for our health care lies with each of us and not just some working so that others enjoy the benefits of their work. I do understand that many people are not able to work or volunteer, but this expansion involves many who are able to work or volunteer. To ask that they do so, and assume some personal responsibility for their care, is the right thing to do for everyone.”

OPPOSED “I am against Gov Bevin’s plan to overhaul Kentucky’s Medicaid. The Medicaid expansion has allowed lower-income families to improve their health and that of their children. There is data to demonstrate it is working and that it is cheaper than the alternative of using the emergency room as your primary care giver.”

SUPPORTS “Hell yes, it needs to be approved. Why would someone who is able to work be allowed to sit home and not do anything and collect welfare and be eligible for Medicaid? Yes, Approve this. Kentucky cannot continue to fund the cost of the Medicaid program.”

OPPOSED “This waiver is a thinly veiled effort to punish the poor. Requiring work is a ruse to reduce the utilization of Medicaid with the attendant damage to the overall health of citizens. Living in a county where the unemployment rate is approximately 20+percent, finding work or even volunteering opportunities is virtually impossible especially for someone without transportation. The approval of these requirements means that I will lose vision and dental care totally. Given my overall health, losing my only avenue for cardiac medicines will most likely mean death or utilization of emergency rooms throughout the region on a repeat basis. Please reject this waiver. It will not aid anyone in seeking health care or independence. The socioeconomic issues of unemployment and lack of opportunity far surpass any possible benefit of the reduction of 90,000+ Kentuckians from health care. What’s more, in my community alone, the expansion has enabled health care clinics that are serving a chronically underserved population. The heavy unreimbursed population will place a burden on health care providers and consequently, further reduce the access to health care for a very needy population. Please deny this waiver.”

OPPOSED “The current (proposal) by the Bevin administration will hurt poor and impoverished areas of the great commonwealth of Kentucky. Due to the recent decline of coal in the Appalachian region jobs are scarce … people will be forced to move to other parts of the state or another state all together to get adequate health care. If not, they will be forced to do without. This (proposal) is shameful and directly affects the poor.”

OPPOSED “My daughter is employed and is a hard worker but she has never had health insurance until the Medicaid expansion. It has helped her and her son tremendously. I also work in mental health services with adults that have severe and persistent mental illness. For those that have not yet received disability but are nonetheless disabled, coverage through the expansion is vital. The nature of many of these illnesses make it virtually impossible for people with these disorders to be able to effectively pay premiums and they would always be vulnerable to lose the coverage they so desperately need. It has seemed to me that with so many proposed regulations suggested by the governor, that the state WANTS people to be unable to meet the requirements and lose coverage. I think this is tragic and shameful.”

OPPOSED “Keeping my Medicaid is crucial for me. Due to debilitating rheumatoid arthritis my hands can no longer function at full capacity along with numerous other issues. I’ve worked hard all my life until (the) last several years. Please don’t take my insurance.”