LAWRENCE MAN GETS 15 YEARS ON BURGLARY, OTHER CHARGES; WOMAN GETS PROBATION FOR METH 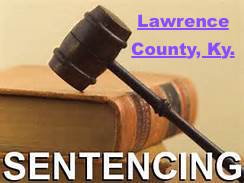 A special court meeting was held on Tuesday, August 14 after postponements during the summer. All court dates will now go back to the second and fourth Friday of each month, judge Preston said..

The following people were just present for Arrangement or pre-trial hearings
In sentencing:

Carrie Daniels, – was sentenced to five years of supervised probation with a pre-trial diversion over 5 years with other conditions on an amended complicity manufacturing methamphetamine.

Justin Harless, 30 – pled guilty and was sentenced on this date to 4 cases.

1. Two counts of Burglary, 3rd degree sentenced to 5 years on each count. The persistent felony offender was dropped to a 2nd degree PFO which enhanced to 10 years and other conditions in agreement.

2. On Complicity burglary, third degree the defendant was sentenced to 5 years,

3. 12 months for complicity theft by unlawful taking and the

4. persistent felony offender charge was dismissed as well as the other two cases.

It appears that the defendant received a total of 15 years. 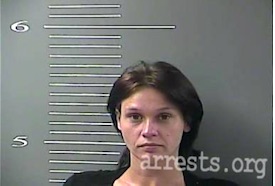 Devana Lycans, 36 was sentenced to 2 years supervised probation with a pre-trial diversion over 4 years on complicity possession of a controlled substance, methamphetamine. 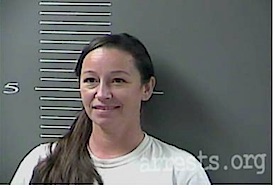 Stephanie Martin, 46 was set for a probation revocation hearing and the Hearing was reset for 8 / 24 / 18.

William McCoy, 46 pled guilty and was sentenced to an amended charge of trafficking in a controlled substance.

The defendant received 12 months probated and supervised over 24 months with other conditions. The defendant had persistent felony offender dismissed.

Rodney Robertson, 41 was sentenced to three years of unsupervised probation with a pre-trial diversion over 5 years on flagrant non support.

Gregory Witham, Pled guilty and was sentenced to 3 years for Possession of a Controlled Substance, Tampering With Physical Evidence, 3 years and 12 months for Resisting Arrest, 12 months, for a total of eight years.

Those for arraingment and Pretrial conferences:

Clarence Childers, 47 was on the docket on three separate charges. The defendant had Pretrial for Charges of fleeing or evading police, Wanton Endangerment, 1st Degree, operating a motor vehicle while under the influence of alcohol or drugs, driving on DUI suspended license, failure of non-owner operator to maintain required insurance.

Robert Clay, was present on a bond violation hearing on charges of trafficking in a controlled substance, methamphetamine. After witness testimony defendant to remain in custody

Todd Fitzpatrick, defendant was not present for a motion to revoke probation and a bench warrant was issued.

Reset for next motion hour.

Donald Harris, 37 defendant not present on 2 cases of the same charge and is in Powell County Detention Center.

His charges of possession of a controlled substance, methamphetamine has been reset for the first docket of November.

Kayla Hunt, present for pretrial on complicity to first-degree burglary and convicted felon in possession of a handgun. Case was reset for next motion hour, 8/24/18

James Moore, was arraigned on failure to comply with Sex Offender Registration second or greater offense and case was sent to pretrial on 9/14/18.