‘BULLDOG BASH’ SATURDAY MORNING AT BOTH LMS AND LCHS

Volleydawgs will host eight team tourney made up of local schools

LOUISA, KY — Even though the weather doesn’t look good for Saturday it won’t affect the Volleyball that will be played in the gyms at Lawrence Co. High and Louisa Middle when the first ever Bulldog Bash debuts in Lawrence County. 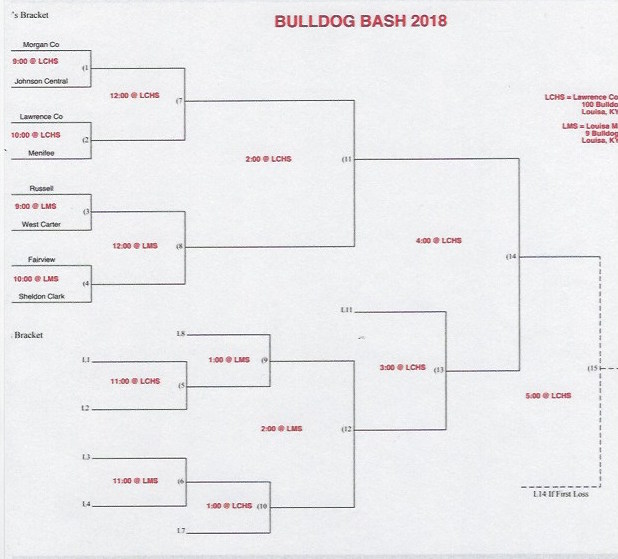 The tournament will begin bright and early at 9:00 in both gyms on Bulldog lane. 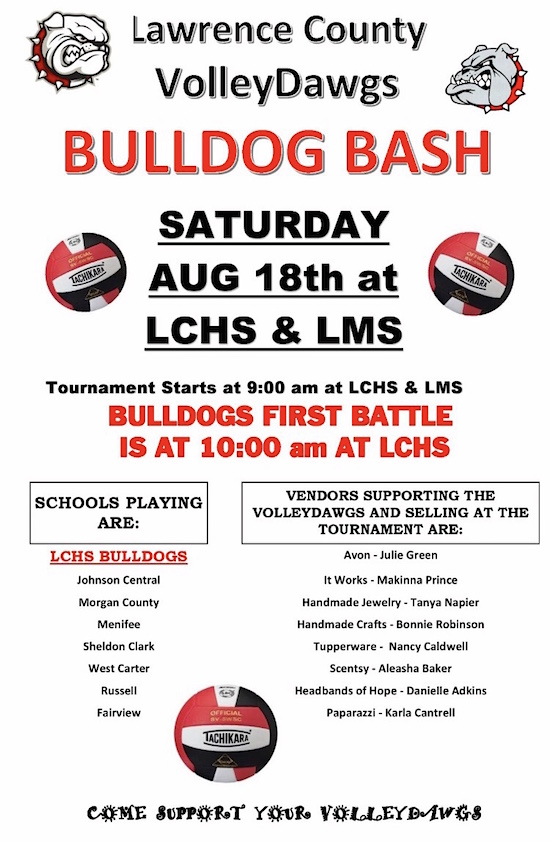 It should be an exciting day of Volleyball in Lawrence Co. with games going on all day.

“… LCHS is excited to be hosting the Bulldog Bash with a field of 8 competitive teams. We are going into tomorrow with confidence and looking to continue capitalizing on the positives we do well.”

LAWRENCE MAN GETS 15 YEARS ON BURGLARY, OTHER CHARGES; WOMAN GETS PROBATION FOR METH