LOUISA, KY —  After a 5-5 regular season finish and a long drive to Louisville for a first round loss to Waggener last season, the 2018 version of Lawrence Co. football team will look to a loaded senior class to bring the Dawgs back to prominence. 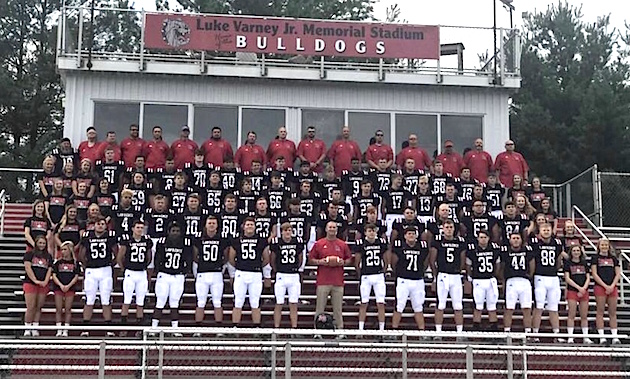 The Bulldogs will open the season this Friday night at Home against a Raceland team that went 10-5 and played in the Class A State Championship game in 2017. The Rams beat the Dawgs 35-19 in the opening game of the season last year on their home turf. 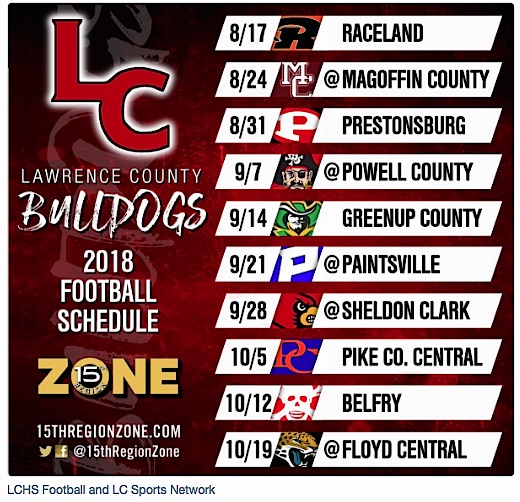 Senior QB Noah West is coming into this season after racking up some unreal numbers in 2017 with 1662 yards rushing and 23 touchdowns. West is aiming for bigger numbers plus more wins going into his final campaign.

Senior Running Back Ashton Blankenship gained 658 yards on the ground and scored 7 touchdowns and will provide West with a viable option to pick up the tough yards and can break tackles to pick up chunks of yardage.

Senior Eric Price along with Sophomores Baden Gillispie and Danny Hall have all played well in preseason practices and scrimmages. 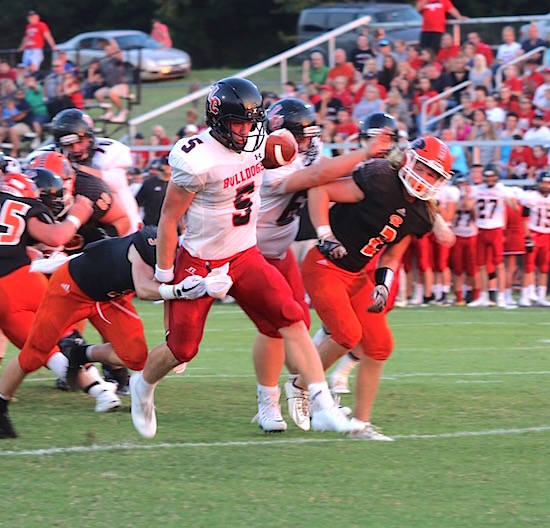 On Defense Senior Tanner Rasnake has been a force so far in preseason practice and played well in the team’s scrimmages at KCU and at Home vs Pikeville.

Seniors Hunter Crum and Isiah Rose along with Sophomore Brandon Davis have shown they are all capable of improving the Bulldog defense in 2018.

“… We think it went well. It was good for our guys to play such a quality opponent in Pikeville. We will see one very similar this Friday in Raceland. Early in the scrimmage we didn’t adapt well to Pikeville‘s team speed as it is very difficult to simulate that in practice. As the scrimmage went on our guys settled in and played well. We will continue to work this week in all three phases of the game in preparation for Friday night.”

“ Huge challenge this week in Raceland. They will be athletic and well coached.”